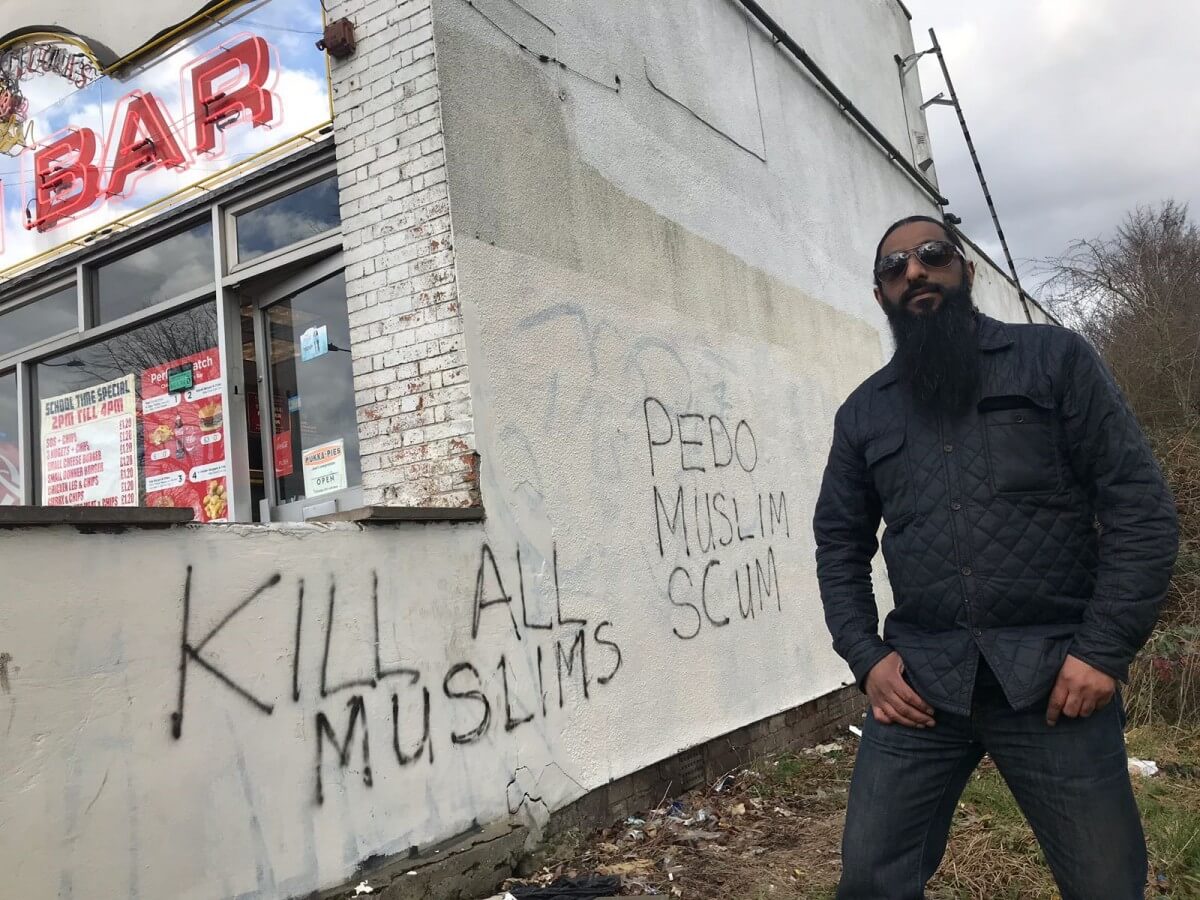 We have received information about the following graffiti that was emblazoned on Hob Moor Road in Birmingham. The person in the picture is Naveed and the group, ‘the Bearded Broz’ (Brothers), set about cleaning up areas in the City as part of their social responsibility. They have been instrumental in cleaning up and alerting authorities to this threatening graffiti that was scrawled and very visible to pedestrians and drivers. We are grateful for their volunteering activities especially in light of the fact that young people would have continued to see such graffiti as they travelled to and from school.

The graffiti stated the following:

Drivers and school-children were sadly able to read the graffiti as there is a bus-stop near to the location and the graffiti appeared overnight with more on the bus stop and on nearby buildings. This coming on the back of the ‘Punish a Muslim’ letters that Tell MAMA worked with victims on throughout the weekend, means that more than ever, communities need to remain vigilant and carry on with their normal everyday activities.

We would urge anyone with information on this incident to contact 101 or get in touch with us at Tell MAMA.