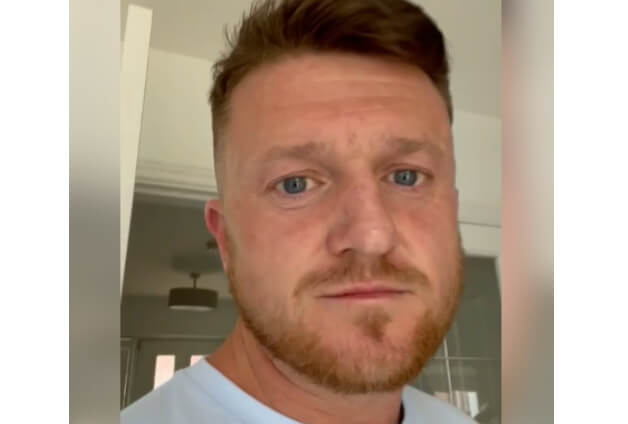 Stephen Yaxley-Lennon (aka Tommy Robinson), the noted far-right agitator, extremist, and founder of the far-right English Defence League (EDL), has lost a libel case against him brought forward by the Syrian teenager Jamal Hijazi.

A video of an assault on Jamal Hijazi in the playground of Almondbury Community School in Huddersfield in October 2018 went viral.

What Yaxley-Lennon said in those videos, including the fabrications that Jamal had “beat a girl black and blue” and “threatened to stab” another boy at the school, were the subject of the libel claims.

However, the judgment from Mr Justice Nicklin made clear that Yaxley-Lennon’s evidence “had fallen woefully short” and granted Jamal £100,000 in damages.

Yaxley Lennon’s choice of language in both videos, the judgment states, were a calculated effort to “inflame the situation” and portray Jamal as the perpetrator. Moreover, as the judgment clarifies, Yaxley-Lennon persisted with the allegations, even adding to them during the proceedings.

Jamal soon became the target of abuse and threats, leading to his family leaving their home and Jamal abandoning his education at a critical juncture. Yaxley-Lennon, the judge said, “is responsible for this harm, some of the scars of which, particularly the impact on the Claimant’s education, are likely last for many years, if not a lifetime.”

Catrin Evans QC, representing Jamal, had described how the comments had resulted in “death threats and extremist agitation” and, therefore, damages should total between £150,000 and £190,000.

Evans characterised Yaxley-Lennon as “a well-known extreme-right advocate” with an “anti-Muslim agenda” who used social media to spread his views.

Bailey McLaren, filmed pushing Jamal to the ground, denied being a racist or bully in evidence, adding that he had mixed-race sisters, lived in a mixed-race community, and had friends who were Black and Asian. However, records highlighted in the judgment show that staff at Almondbury School had concerns about his support for the EDL, including making a Prevent referral on November 28, 2018. Further questioning revealed from Evans QC that Bailey had stayed in a “safe house” owned by Yaxley-Lennon for four months.

On balance, the judge said, “I consider that the claim to have been told that the Claimant had threatened to stab him – by “Ahmed” or anyone else – was manufactured by Bailey.” Furthermore, he added that Bailey was also a victim and punished for his bullying, which he concluded was not racist in nature, and like Jamal also had to move homes. Mr Justice Nicklin said: “Both were schoolboys when they were catapulted into the maelstrom of a media storm. Neither was remotely equipped to deal with what then happened.” And concluded, “Bailey may yet come to reflect on whether he has actually been helped by the Defendant.”

On other allegations, including the alleged use of a hockey stick, one child identified in the judgment as OTP (to protect their identity) amounted to a “dishonest fabrication that fell apart when he was cross-examined on the details.” Evidence from Charly Matthews (who claimed that Jamal had hit her in the back with a hockey stick resulting in long-term injuries, which she could not prove medically) was also satisfactorily proven false in the eyes of Mr Justice Nicklin.

The judgment also drew attention to Yaxley-Lennon’s use of covert recordings in his evidence submissions. In one such example, the judge declined to name the former teacher, who, before speaking with Yaxley-Lennon, informed him that he was in no position to comment on the matter and it would, therefore, be “highly unlikely” that he would knowingly consent to record such an interview.  Having reviewed, the judge said that it is “quite apparent from the recordings that none of the individuals [including EYW’s mother and MVW] was aware that s/he was being recorded.”

Moreover, the judgment states that Yaxley-Lennon appeared to wear a concealed microphone and camera on the two occasions he attempted to speak with EYW’s mother over the alleged assault, and crucially, such footage had been edited, and therefore, Yaxley-Lennon had failed to substantiate that the group attack had occurred. Nor could the judge give weight to the evidence submitted “in respect of allegations that she has publicly disavowed.” Indeed, one of the answers provided by EYW’s mother in the second interview drips in ambiguity as Yaxley-Lennon combines two leading questions (“Was he there? Was he involved?”)  as their response of “Yeah” gives no clarity to which questions they are addressing.

Francesca Flood from Burlingtons Legal, representing Jamal, said in a statement: “Jamal and his family now wish to put this matter behind them in order that they can get on with their lives.

“They do however wish to extend their gratitude to the Great British public for their support and generosity, without which this legal action would not have been possible.”

A subsequent hearing will follow this judgment to consider the consequences of the ruling, as Mr Justice Nicklin granted Jamal an injunction that prevents Yaxley-Lennon from repeating the allegations.

The search for Yaxley-Lennon’s assets made headlines earlier this year following his bankruptcy declaration on March 2, 2021, and he subsequently represented himself in court.

Mr Justice Nicklin acknowledged that, due to the bankruptcy, “there are limits on what can be enforced against him” but stressed that Yaxley-Lennon must cover Jamal’s legal costs.

As pointed out by the BBC’s Dominic Casciani, total costs may go upwards of £500,000.