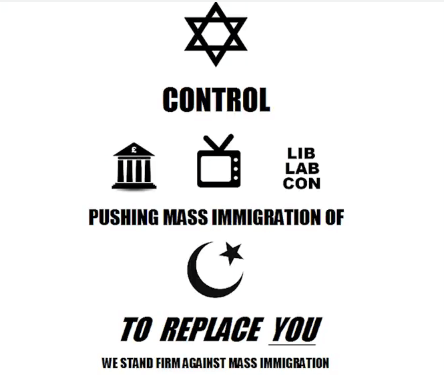 A new white nationalist group had its propaganda posters torn down in Scotland, according to The Courier.

The group’s official website went live on June 15, 2017. Days later, a post on the ‘censorship-free community platform’ Voat, appeared on the /v/Identitarian thread. Such an appeal to the Identitarian movement is consistent with another far-right group Scottish Dawn. A recent investigation has revealed links between the banned terror group National Action and Scottish Dawn.

By June 29, Vanguard Britannia had its own Twitter account, which boasts no more than a few hundred followers.

A propaganda video uploaded to YouTube on July 25 suggests that other posters have appeared on a bus stop and walls. An earlier video, captioned, ‘Why are the Jews so interested in helping other non-whites migrate to Europe?’ further visualises their race hate.

Another far-right group was also born last month. The openly National Socialist NS131 first appeared online on June 12. Its sole purpose is to promote National Socialist street art and physical propaganda. Within hours of uploading its first video to YouTube on June 12, the Facebook page Difficulty II had also uploaded it, attracting over four thousand views.

NS131 held its first graffiti training session shortly after. Photos of this event appeared online on July 19, where the numerical code ‘131’ features heavily alongside more traditional far-right iconography. This code refers to the letters of the alphabet (A.C.A) and its anti-capitalist message. 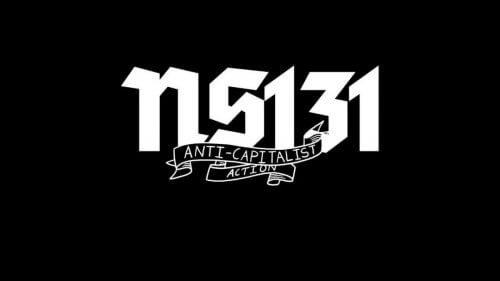 A propaganda still from a recent NS131 video.

Any links to National Action, however, is still unclear. Graffiti and anti-capitalist messages did feature in their physical propaganda and proved popular with its dissolved London chapter.

Towards the end of June, a thread on 8Chan discussed NS131. On July 23, a thread in the /pol/ section of 4Chan promoted Scottish Dawn, NS131, and Vanguard Britannia. Notorious hate site the Daily Stormer then promoted NS131 three days later.

The groups have likely used the message board service Discord to promote their cause.