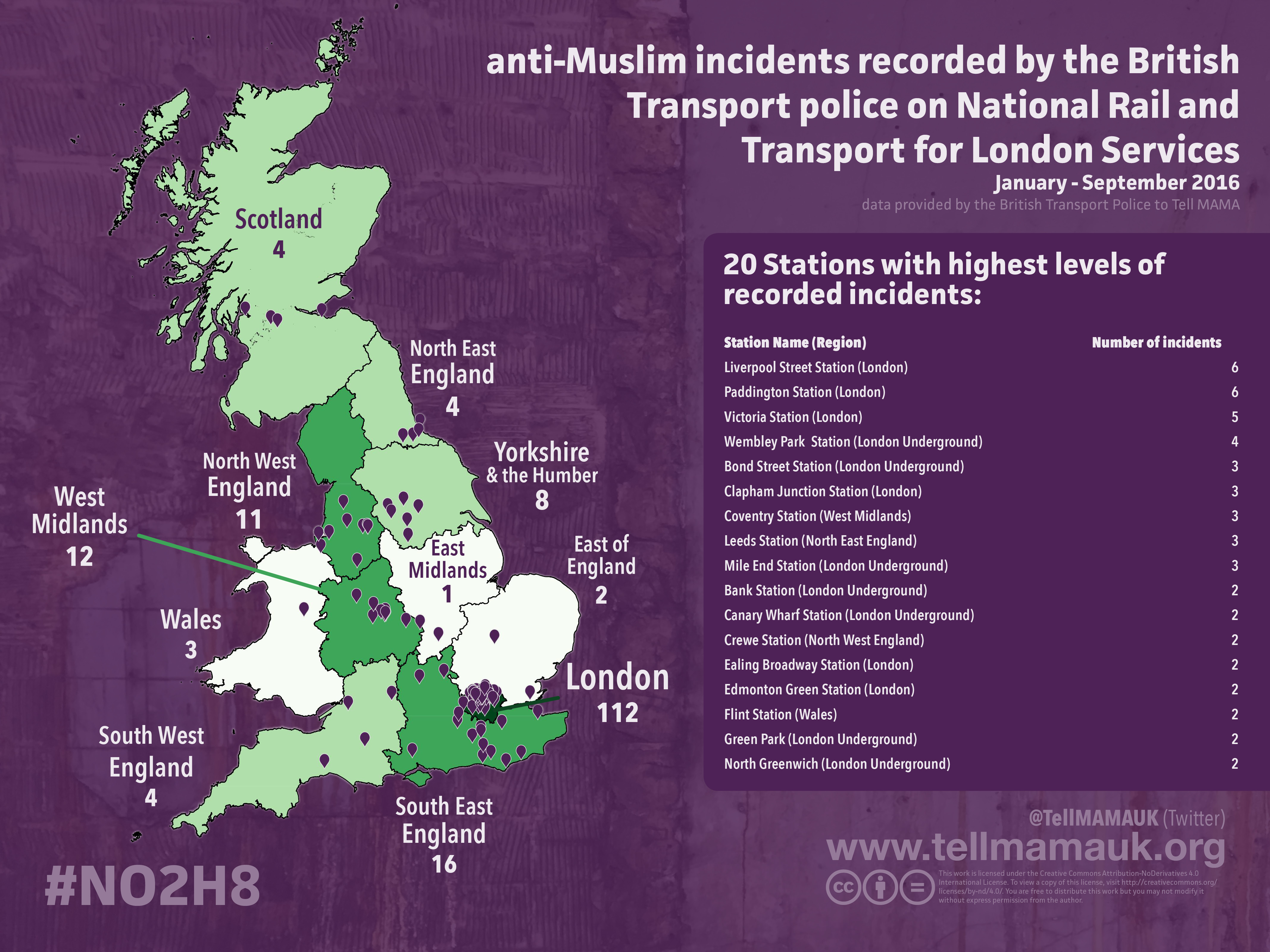 We have mapped out the following incidents on National Rail and Transport for London services – from January to September 2016.

We have known that transport hubs and routes to and from work and those going into City Centres, have clusters of anti-Muslim hate incidents, as people are more likely to come in contact with others and be within close proximity.

The map highlights the cluster areas and we are also aware that after the Paris terrorist murders in November 2015, nearly 1 in 3 cases that were reported to us at a street level, took place on public transport. We hope that the following information adds to the picture that is building up regarding the state of anti-Muslim hatred and how it impacts on the day to day lives of some people.