Arsonists targeted the Jamia Qasmia Zahidia Islamic Centre in Oldham within hours of the Manchester terror attack in a suspected anti-Muslim ‘revenge’ attack, according to the MailOnline.

Nobody was inside the building during the incident. 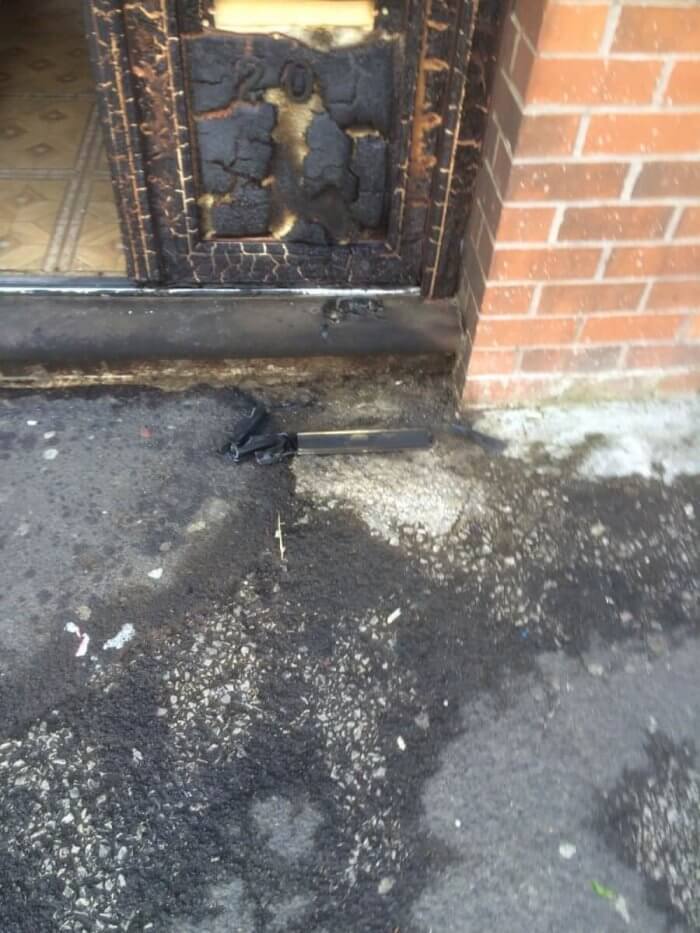 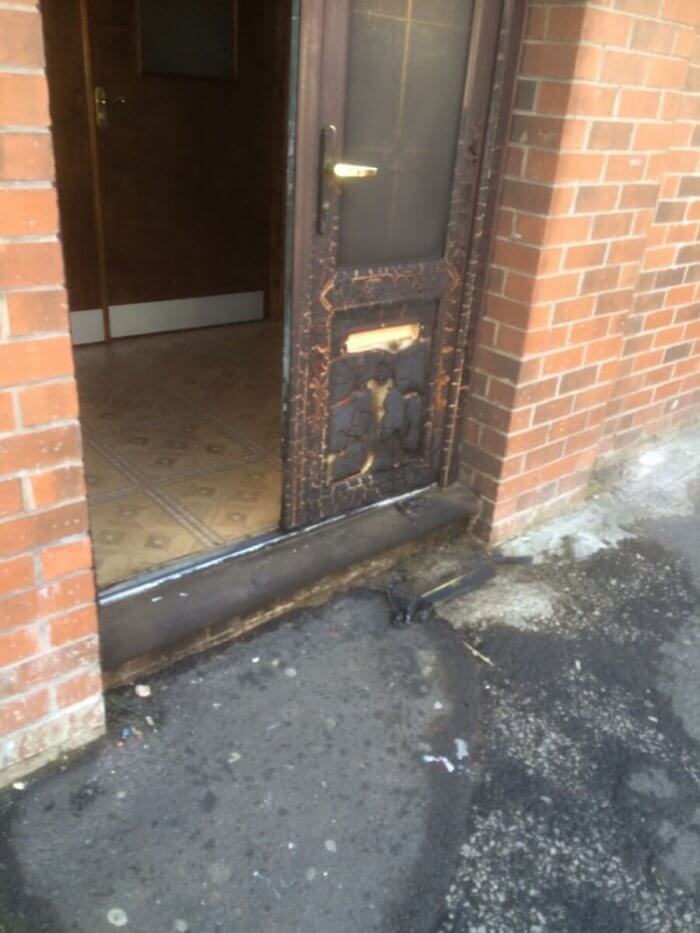 A close-up of the damage. Credit: Tell MAMA.

A local Tell MAMA Outreach Officer spoke with locals who stated an individual had been spotted near the door, but nobody has seen the fire begin. It was later confirmed that a taxi driver had spotted the fire and had dialled 999 between 2:00 am and 2:15 am on May 23, adding that CCTV footage had captured the offence.

The fire has shocked residents who spoke of the good community relations between different faith groups. An example of this included a local resident stopping her car near the mosque and offering her assistance.

Aqil Ahmed, the former head of religion at the BBC and Channel 4, tweeted: “Crazy thing is a childhood friend of my daughter was at that concert. A Muslim”.

Others flooded Tell MAMA’s Facebook page with comments condemning the act and posting messages of tolerance and solidarity in the wake of Monday’s tragic terror attack.

The mosque’s imam, Mohammed Sadiq, 60, told MailOnline: “There’s a possibility that it’s a retaliation to what happened in Manchester last night but we can’t confirm that.”

Various trolls on 4Chan suggested that the arson was an ‘insurance job’.

Our safety leaflet for mosques is available online.

We have mapped over 100 anti-Muslim incidents against Islamic institutions since May 2013.

If you have any information regarding this incident we urge you contact Greater Manchester Police via 101. Or, report to our confidential service using our online form or calling our freephone 0800 456 1226.