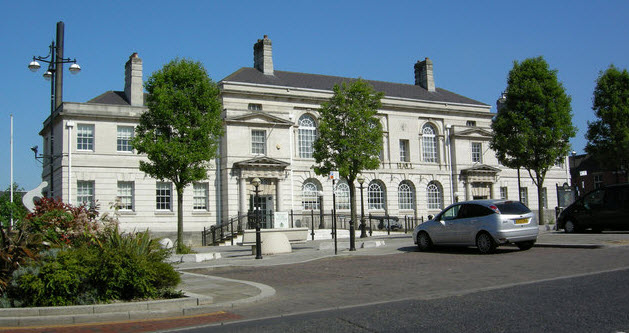 Two Asian males were assaulted in the grounds of the Asda supermarket in the Dalton area of Rotherham yesterday. The attack was particularly violent and Tell MAMA has spoken to one of the victims today as he made his way to the hospital after a brutal assault on the young man as he simply walked out of the Asda store after buying his lunch.

This is a short transcript of some of the details of the assault on the young man of Pakistani heritage:

“I was shopping in Asda around mid-day yesterday with my young brother and we bought some food and some cans of baked beans. I was holding the crate of food and we decided that we needed to get some money out of the cash machine before we left the supermarket. I withdrew the money and took back the crate from my brother and noticed that there was a young white male with two females, parked very close to my car.

As I walked to the my vehicle, I noticed the young white male make statements against another Asian male in the car park who drove off looking rather irritated. I thought nothing of it, though as I got close to my car, I also noticed that there was another white male who came out of the entrance to Asda and who was shouting at me.  He kept saying “what are you laughing at” and got more and more aggressive as he approached me. Whilst doing so, he also put on a glove and I took that to be that he was going to assault me.

I put down the crate in an effort to try and defend myself but the assault on me started and continued with the aggressive white male perpetrator getting me into a headlock. It was then that I noticed that I was being attacked by the second male I had seen next to my vehicle and by this time I had curled up into a ball onto the ground as they continued to assault and kick me.

What followed was then brutal. The perpetrators picked up my cans of food and started to throw them at my head. One of them hit me in the head with significant force and cans were being continuously thrown at me which could have caused me a serious head injury.

I remember threats being made against my younger brother and racially motivated hate speech being voiced by the attackers. They clearly were looking to target someone who was Asian and they found a target in me.

It was only because of the actions of the supermarket security guard that probably saved me from very serious injury as he came to my defence and pushed the attackers apart. Finally, what is also sad is that the females in the vehicle moved the vehicle whilst I was being attacked so that the group could make a get away. They were accomplices in this.”

Another day and another racially aggravated hate crime in the small town of Rotherham. Some within the Asian community say that Rotherham has become ‘the flashpoint’ for race hatred after the grooming scandal. Only time will tell whether things continue to get worse or better.