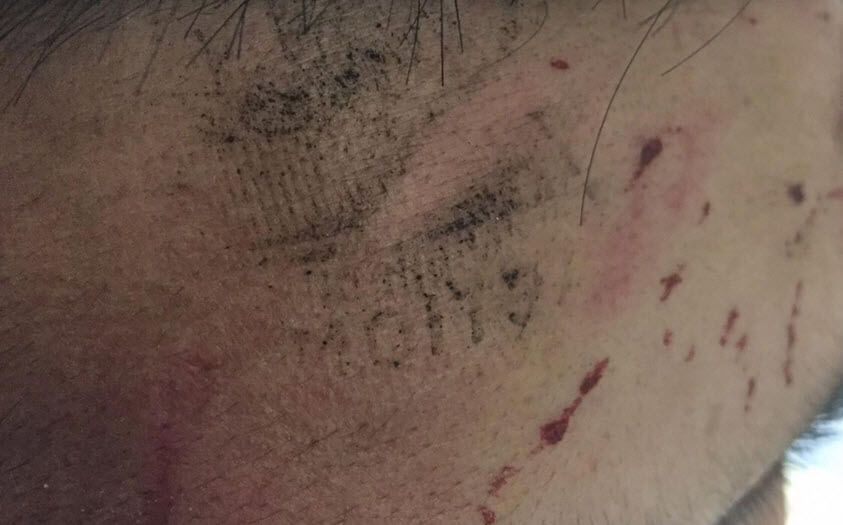 The Evening Standard has highlighted how a young British born Bangladeshi feared for his life as he suffered a brutal assault in East London. (Details of the attack were initially put up on Facebook by a relative of the victim and they showed a brutal assault on the young man. Facebook later decided to remove all traces of the postings.)

The 26 year old was parked and was waiting in Empson Street in Bow at around 2 pm on Sunday, December the 20th.

As the father of two was parked waiting to pick up his partner and his two young children, he stated that he noticed that a van had slowed down near his vehicle and that the occupants had allegedly made racist remarks at him as they went by. The van went onto park nearby the victim’s vehicle as he continued to wait for his family.

The father of two got out of his vehicle as he saw the individuals park their van and he decided to walk over to the two males who had by now, got out of the van. What ensued, was a brutal assault on the British born Bangladeshi.

The victim stated to the Evening Standard that,

“They called me a Paki and Muslim. Without any communication from me, one of them punched me on my nose and the other had me in a headlock. I thought I was going to pass out.

“I got hit on my leg with a ratchet, which has broken my leg and I’ve had to have an operation on it.

“They stamped on my head and all over me like a football.

“I was then getting kicked and kicked and it lasted for about seven or eight minutes.

The father sustained a broken leg, a broken nose and a smashed tooth. He also suffered head injuries in the brutal assault. However, one of the most frightening things was that his head was so forcefully stamped on that when he presented at hospital, the imprint of the shoe of the perpetrator was visible on the victim’s head.