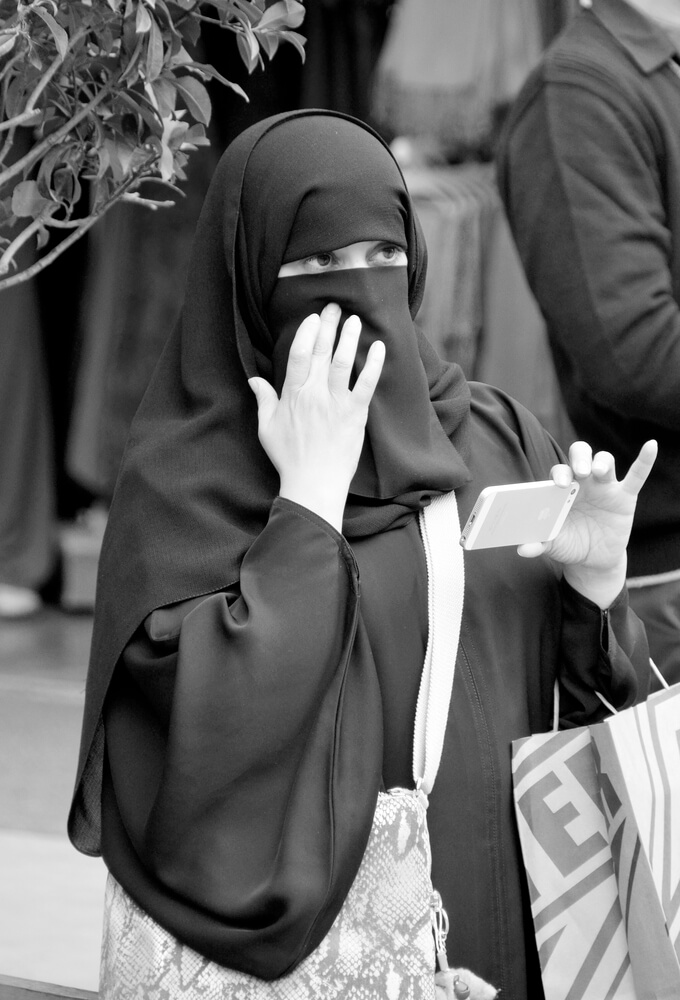 We received a report today about an assault on a Niqab wearing female which took place yesterday at around 7 pm on the 2nd of December 2015.

The witness to the assault was on the 333 bus from Tooting and she was travelling towards Elephant and Castle when a white male aged between 50-60 years old made his way towards the exit of the bus and where a woman who was wearing a Niqab was standing. Overweight and scruffily dressed, the white male suddenly assaulted the female and punched her twice in the back as the bus doors opened and he calmly walked off the bus and muttered something to the victim. Individuals on the bus witnessed the assault, yet no-one helped the victim.

Seeing this violence, the witness who reported in this incident asked if the Niqab wearing female was ‘ok’ to which she nodded and she later got off at her stop and walked off into the distance.

Time and time again, women who wear the Niqab have told us that they suffer numerous anti-Muslim hate incidents and crimes against them, many of which involve assaults.

Rightfully, as a society, we abhor violence against women, yet, why do some males in our society think that it is appropriate to target, humiliate and harm a female who covers her face and body? Such actions are unacceptable and deserve nothing but our contempt as a society. No individual should be targeted for their identity though assaults against females should rouse us into action since it touches on the core of our values, the protection of women’s rights. The non-action of members of the public on the bus yesterday may well have given the green light to this woman beater that it is acceptable to target Niqab wearing women. It is not acceptable and we need to make that clear to thugs like him.