Bag of ‘vomit’ thrown at car of Muslim woman in Blackburn 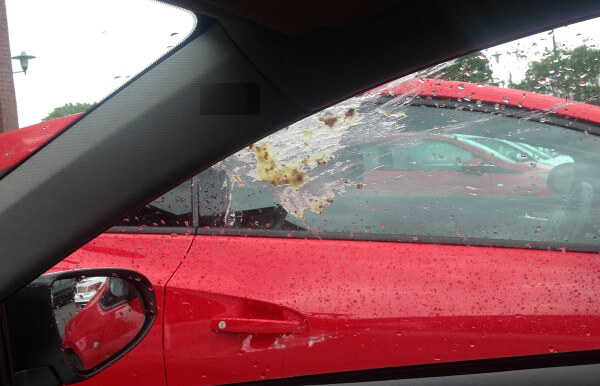 Lancashire Police are investigating an anti-Muslim hate crime in the Blackburn area after a bag of ‘vomit’ was thrown at two Muslim women when out driving last week.

The offence is said to have occurred in the afternoon of June 8. Speaking to Tell MAMA, one of the woman described how herself and a friend were out driving when a white van had swerved towards them on a quiet road, as they were trying to turn onto a major road.

The object was thrown with such force that it ‘thudded’ against the driver side window. She felt they were targeted in part due to their hijabs.

The foul-smelling material was described as having a ‘vomit-like’ odour and appearance that left both women feeling nauseous. Only a closed window had prevented the substance from hitting the women directly.

Tell MAMA was given photos of the substance but was unable to verify its contents.

Having briefly switched seats, the women were then able to follow the van and photograph its number plate.

Both suspects are described as white, in the 20s or 30s, with medium builds.