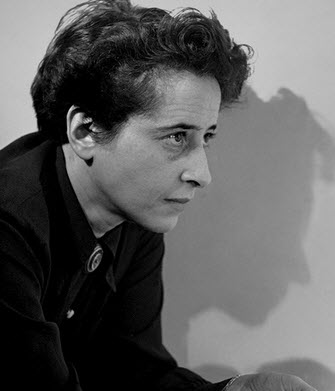 In 1961, Hannah Arendt coined the term ‘the banality of evil‘ whilst covering the trial of Adolf Eichmann in Jerusalem who repeatedly stated that he was “only following orders.” It was this inability to think beyond orders and directives that led to the mass genocide of people which led her to coin the term. Yet the term can be slightly amended to read as the ‘banality of hatred‘ which underlies evil and it seems to fit the open bigotry which some show to others just because they are different.

There are many traits of human nature that leave much to be desired. Through our work over the last 4 years we have covered a range of topics from anti-Muslim bigotry, through to intra-Muslim bigotry.

Yet, we will keep highlighting how intra-Muslim bigotry and prejudice needs to be tackled as an ongoing concern, (whilst tackling anti-Muslim hatred), if we are to promote the core principle that people in our country should live free from fear and intimidation.

Take for example, this post below which was reported into us today. The post highlights a boycott of alleged Ahmaddiya businesses and was posted on Facebook. The only reason for this boycott is that the shop owners are……wait for it…..a different belief system to the perpetrator posting the call for boycotts. In this instance, the people being discriminated against are Ahmaddiya Muslims.

Now, imagine a boycott being called against Christian or Jewish owned businesses? Rightly we would all be outraged and this would be something of real concern for social justice activists. Yet, here we have the identical thing involving the targeting of a peaceful law-abiding community through boycotts of their businesses on the basis that they are so heretical that they must be punished.

Finally, the following needs to be said. Anti-Muslim hatred or Islamophobia is mainly and predominantly against Muslims, yet we cannot shy away or brush under the carpet such toxic intra-Muslim prejudice. Where we find it, we must call it out and highlight it. For far too long, it has gone unchallenged, and just as we will challenge anti-Muslim bigotry, we will also challenge the banality of hate perpetrated against minority groups within Islam. This also goes hand in hand with challenging all forms of hatred and prejudice.

If anything, the example shown below really does reflect the vacuousness of those who think that they can discriminate against others and broadcast it across the Internet and social media. Hannah’s words still seem to carry a powerful wake up call to us all and to those who care about human rights and the future of integration and cohesion in our country.