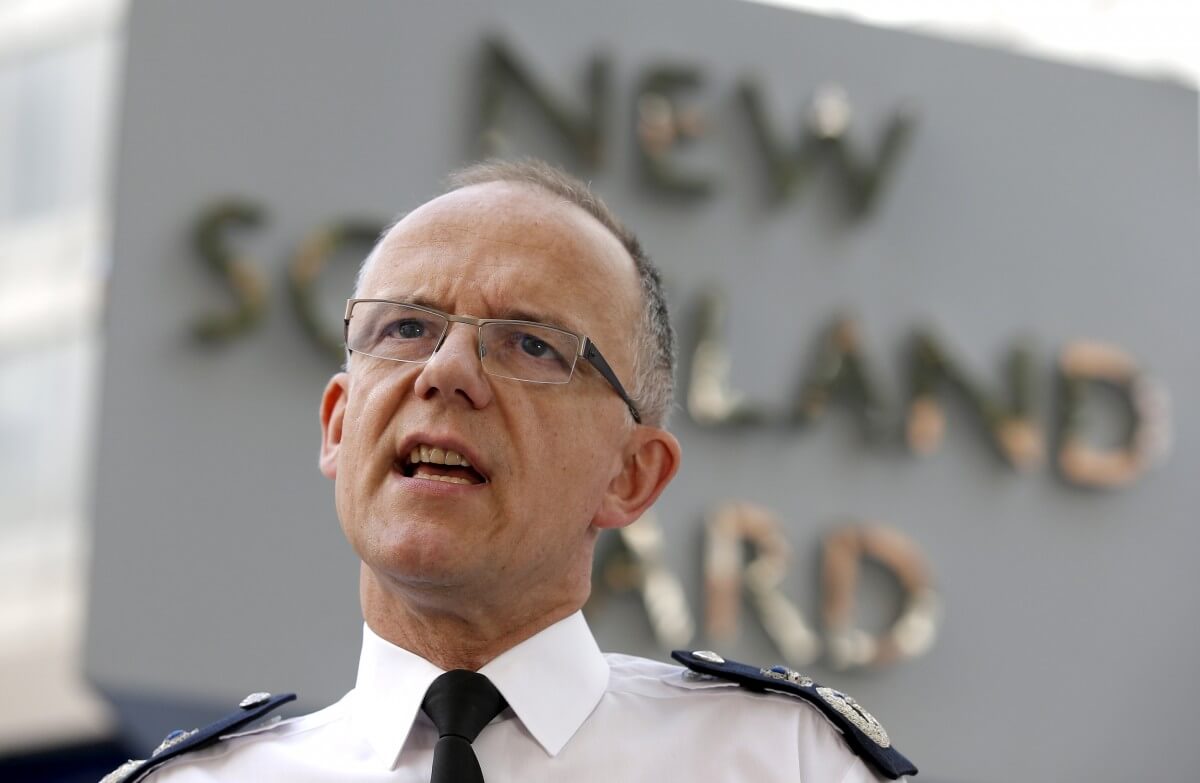 LONDON, Feb 26 (Reuters) – Britain faces a new and significant threat from organised far-right terrorism, the UK’s most senior counter-terrorism officer said on Monday as he revealed police had foiled four plots by right-wing extremists in the last year.

Britain has been a prime target for homegrown and foreign Islamist militants since the 2001 attacks on the United States. But Rowley said until the last two years, far-right activity was limited to unpleasant protests and hate crimes, with serious incidents limited to the actions of isolated individuals.

The MI5 domestic spy agency are now involved in investigating the far-right and he warned that British groups were seeking links with international extremists.

“There are many Western countries that have extreme right-wing challenges and in quite a number of those the groups we are worried about here are making connections with them and networking,” he said, declining to give further details because it was a new, live intelligence phenomenon.

Last year, there were five deadly militants attacks in Britain including one carried out by a man who drove a van into worshippers leaving a London mosque after developing a hatred of Muslims by reading extreme right-wing material online.

The previous year, a Nazi-obsessed loner murdered lawmaker Jo Cox in a frenzied street attack a week before the referendum on the European Union. Since then, Britain has banned National Action and two other spin-off groups, the first extremist right-wing organisations to be outlawed since the 1940s.

“That should be a matter of great concern for all of us.”

Since the first of the 2017 deadly attacks last March, Rowley said police had foiled 10 Islamist conspiracies and four far-right plots, although he said he could not provide details of these as they were subject to ongoing court cases.

To show the overall scale of the threat Britain faced, he said there were 600 terrorism investigations currently ongoing involving more than 3,000 suspects.

Over the last three years, terrorism arrests had doubled while in the same period some 2,000 people have been referred to the government’s counter-radicalisation Prevent programme, with a third of these over far-right concerns, he said.

Rowley, who next month steps down from the role he took on in 2014, said Islamist and far-right extremists were a toxic combination, feeding off each other and pursuing the same agenda of division, fear and hatred.

He reiterated British concern about extremists’ use of the internet and said he expected technology and internet firms would react to a mixture of persuasion and regulation as the banking sector had done.

He also said it was important that an agreement struck with the European Union for when Britain leaves the bloc in 2019 did not damage relations with their European colleagues.

“Whatever the arrangements, we need something that provides at least a good a platform for cooperation as we have today,” he said.