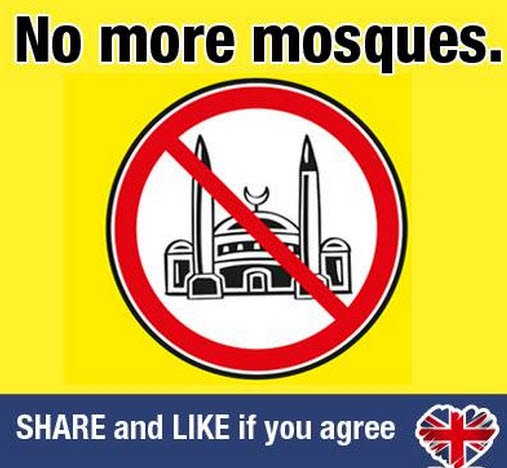 The fascist group, the British National Party, posted the ‘No more mosques’ poster with a view to play to the fears of some individuals in our communities. As is expected from such Facebook pages, they also draw in those who are more disposed to displaying outright hostility to Muslims, or in some cases, suggesting that mosques should be ‘blown up’. Such comments should be taken seriously, since lone wolf far right extremists have previously targeted mosques and Pavlo Lapshyn is an example of this.

For example, take comments by Louie (Kevin) Robson, who lives in Newcastle Upon Tyne. He regards himself as the next possible ‘Bond’ and regularly posts pictures of himself posing. These are his comments on the Facebook page of the British National Party:

This is Louie Robson, as he spends time on-line posing in front of the camera: Further comments on the Britain First Facebook page include the following: We will be passing on some of these comments to law enforcement so that they can review them. We urge members of the public to continue to report in such material to us so that we can act on them with law enforcement.