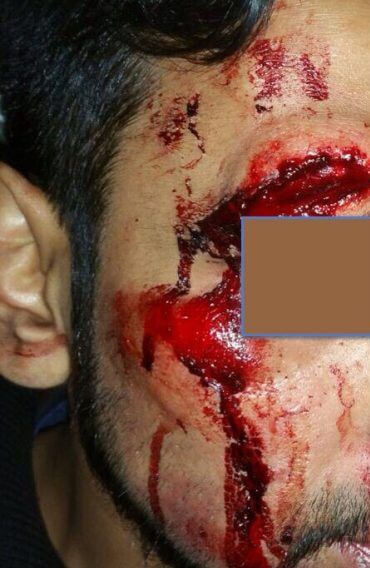 A 23-year-old man was brutally assaulted and racially abused in Birmingham City Centre at around 1am on September 16. The victim recalled the slur “f**king p*ki” being shouted at in his direction by 5 or six men. As he continued walking, the assault followed, which left him requiring stitches. The severity of the attack left  with a deep wound to the forehead, a deep wound under his eye and other cuts near his nose and mouth area.

When Tell MAMA spoke to the victim he stated:

It was an awful attack and it just saddens me more than it was racially motivated. I didn’t think that existed in Birmingham, such a diverse city.

I just want to raise awareness and for something to be done. If the man who did this gets away with assaulting a stranger, imagine what he will do next.

If you were in the Hurst Street area on September 16 we urge you contact us in confidence on 0800 456 1226. Alternatively, you can call 101 and speak to West Midlands Police.

Update: the victim has consented for us to share photos of his injuries (see below).