Campaign in Altrincham Regards Proposed Mosque as a ‘Security Hazard’ 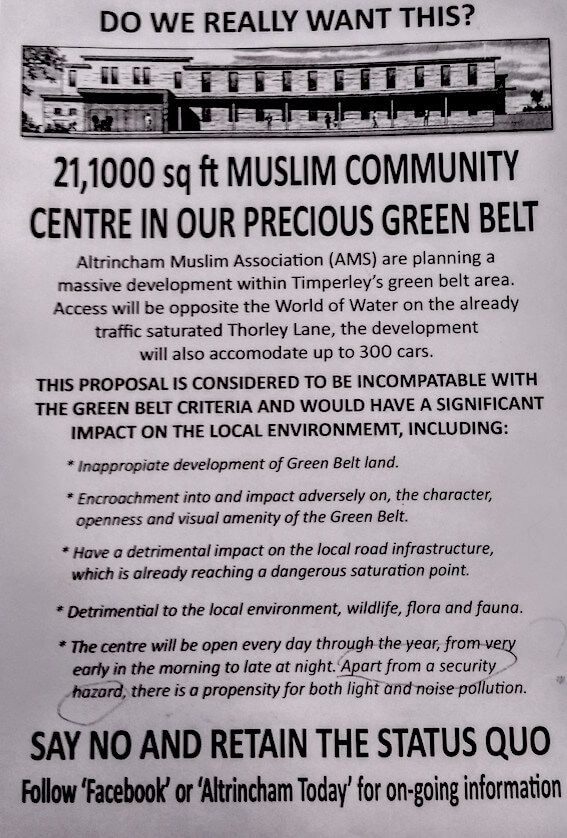 The following leaflet was circulated in Altrincham, Greater Manchester. Headlined with ‘Do we really want this’, it plays up a proposed Muslim community centre, suggesting a ‘massive’ development being built on ‘precious green belt’ land.

Yet, the objections raised may well be legitimate concerns, however, one statement in the leaflet raises eyebrows and should make us all uncomfortable in the way that it frames mosques. The final point in the leaflet states:

“The centre will be open every day through the year, from very early in the morning to late at night. Apart from a security hazard, there is a propensity for both light and noise pollution.”

The use of the term ‘security hazard’ is bizarre and attempts to play on fears about Muslims and mosques and should be challenged. There seems to be a Facebook page entitled ‘Atrincham Today’ and we would urge members of the public to make clear that such language and dog-whistle language is unacceptable. We would also urge local councillors on the relevant planning committee to raise questions with campaigners as to the choice of their words.