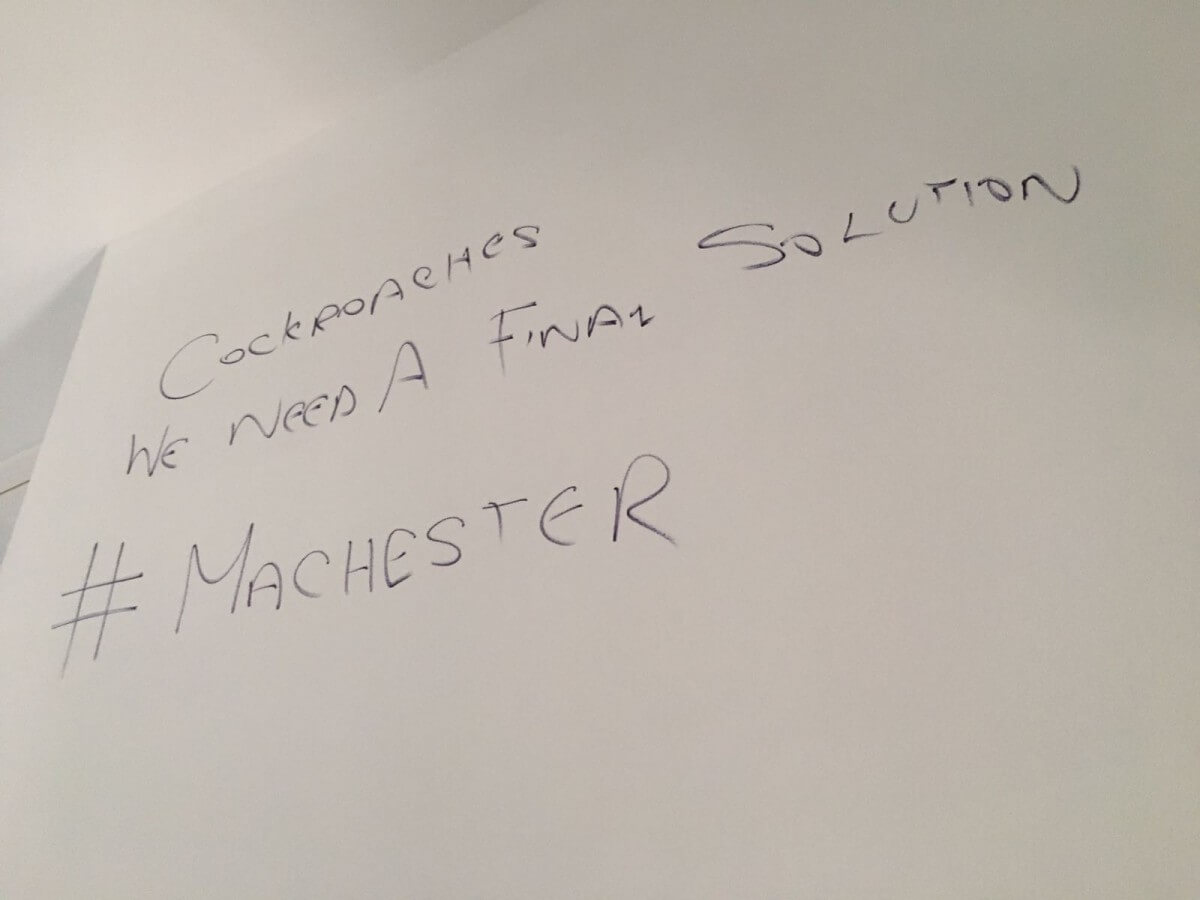 The Huddersfield Daily Examiner highlighted the case of a Muslim man who was carrying out DIY in his home when racists entered his property and knocked him unconscious as he was listening to his earphones and unaware that they had entered his home. The back door of his property was open and the perpetrators climbed up the stairs and struck him on his head with a blunt object which knocked him unconscious.

When he came to, the victim rang the police and ambulance who took him for medical assistance. He arrived back in his home to find a number of graffiti statements that were left on his wall as the perpetrators scrawled chilling anti-Muslim statements on his walls. The victim also mentioned that the perpetrators took nothing from his property and they simply targeted him.