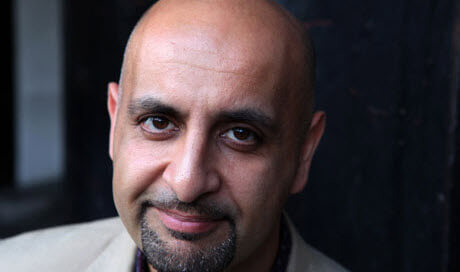 Christian group, ‘Voice for Justice UK’, has raised a petition with 12,000 signatures to remove the ‘biased’ Head of religious programming, Aaqil Ahmed.

In a bizarre move, Christian group ‘Voice for Justice UK’ has urged the BBC not to reduce Christian programming on the assumption that Aaqil Ahmed, who happens to be Muslim, may be looking to do so.  It also asked that Mr Ahmed be removed from his post citing that:

“that there is an unacceptable bias in favour of Islam and against Christianity” when it comes to BBC religious programming.”

Actual hard evidence in the petition regarding the ‘bias’ was not forthcoming, but there was plenty of rhetoric. Revd Lynda Rose, CEO of Voice for Justice UK, told Premier Radio:

“The UK is actually a Christian country, it’s established as such by statue, all our laws, our traditions, our culture is founded on Christian values, so it would seem entirely right that Christianity be given priority air time

“Even when it comes to general programming, Christians are being misrepresented or treated unfairly, they’re either portrayed as barmy, or they’re very much portrayed as endorsing modern, secular views.”

“It’s scandalous that someone displaying such clear pro-Islamic bias and contempt for Christianity should be the BBC’s Head of Religion and Ethics.”

Aaqil Ahmed has commissioned a range of Christian based documentaries, historical factual programmes and diverse Christian religious programming showing the diversity in Christian theology. He has also commissioned projects critical of Islamist narratives and thinking but this seems to have gone by the wayside with ‘Voice for Justice UK’. This is the same Aaqil Ahmed that said that it is wrong to suggest that ISIS has nothing to do with Islam. Hardly a secret Islamist who is promoting a Muslim focussed agenda.

However, we think that the best response to these barmy charges came from the BBC itself. A BBC Spokesperson said:

“We are actually intending to do more programming around Christianity and more on other faiths as well, so there is absolutely no question of an ‘either or’ on our output.

BBC Head of Religion and Ethics, Aaqil Ahmed is not biased against Christianity programming, nor does he show any pro-islamic bias and any suggestions that he does are ludicrous and unfounded.”