‘Christian Patrols’ Just as Divisive as ‘Muslim Patrols’. But Where is the Outrage? 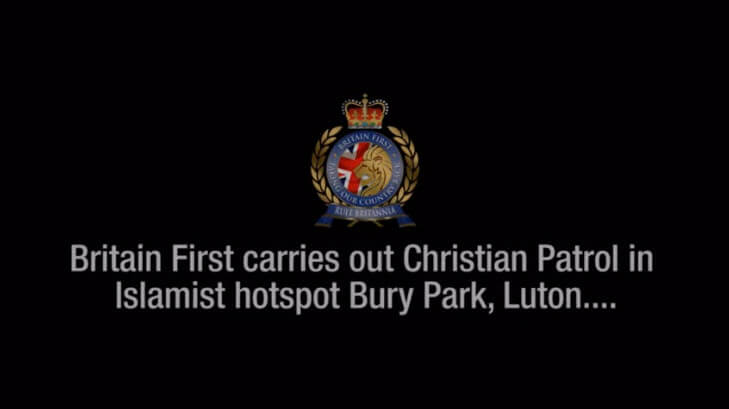 Do you remember January 2013 when members of a ‘Muslim Patrol’ were handing out morality advice to passers-by in Whitechapel in the London Borough of Tower Hamlets. They also harassed members of the public commentating on how they needed to cover up and members of this group also went on to be convicted and jailed in December 2013.

Well, if you don’t remember it, you certainly missed a media circus where press journalists were commentating on the actions of a handful of men who were shaming couples holding hands and suggesting that women were inappropriately dressed. One of these individuals was the convicted extremist Jordan Horner, who later apologised for his actions.

At the time, we made clear that any ‘faith-based’ patrol or any vigilante group was contrary to the rules and criminal and civil laws of this country and that such groups of individuals were a serious risk to community relations. We stated that they could possibly spark off serious unrest in areas and that action needed to be taken to send a clear message that the State would not tolerate any behaviour which intimidated citizens walking our streets. The ‘Muslim Patrol’ was neither Muslim nor required and many Muslims saw these actions as running contrary to their faith and further denigrating Islam in the eyes of many.

Well, cut to the 23rd of January 2016 and we have Britain First conducting another of their Christian Patrols. This is not the first time that Britian First have attempted to inflame tensions in areas.

However, this time it was conducted in Bury Park in Luton and was intimidating and meant to inflame tensions which would then be captured on film and create the notion of ‘them and us.’ Just as predictably, young Asian men rose to the bait with Britain First activists agitating and further adding to the growing tensions because of this extremist far right group.

Sadly, it is now 2016 and these inflammatory actions continue with Britain First trying to paint themselves as ‘defenders’ of Christian values, something that they are far from. They continue to walk into areas, stir up unrest and walk away leaving local communities to pick up the pieces. It is also interesting to note in the video of their agitation, that their actions lead to a young female policewoman finding herself in the middle of groups of testosterone laden young men looking to fight. Is this really the ‘patriotism’ that our country needs – the answer is a resounding no.

Lastly, it is high time that action is taken against Britain First and the way that it seeks to create and foment disturbances in communities. We are very concerned that their actions may lead to serious unrest or physical assaults and this is the last thing we need for our country and our communities.