ClickBait Tactics of Britain First Around Rotherham Are Deeply Inflammatory 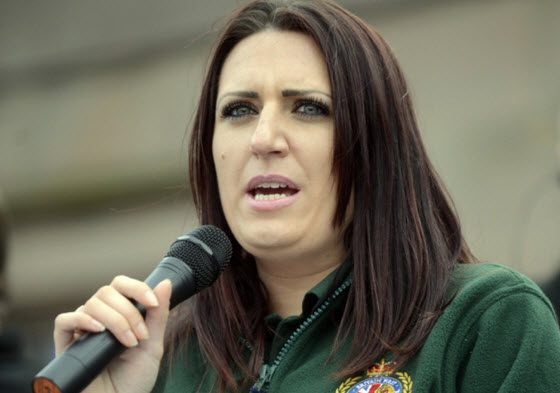 Britain First’s on-line tactics are concerning and reflective of the manipulative manner in which they attempt to build their on-line presence and ultimately, raise more money from the merchandising of their materials.

The use of pop-ups which ask a question with 2 simple responses, (‘yes’ or ‘no’), confront the reader and get them to engage with the site. Most questions that they ask attempt to play to the morality of ‘Middle England’, the same ‘Middle England’ that Britain First then rails against by suggesting that liberal values in this population belt of the country, are akin to ‘leftist influences’ and in some instances ‘Bolshevism’.

The political schizophrenia of Britain First it should be said, is based on political opportunism and nothing demonstrates this better than further pop-ups that bounce up on the screen within a minute of someone coming onto the Britain First site. One of the pop-ups is inflammatory and uses the grooming of over 1,400 girls in Rotherham in order for Britain First to promote it’s ideological focus on Muslims. The pop-up shows a young girl in a helpless position and the use of the graphic imagery and the way that it leads the viewer and directs them to give their details to the extremist group is worrying.

This is even more worrying given that Britain First are marching in Rotherham tomorrow and have been agitating for the last few weeks using their mail-shots. It seems that even after the killing of Mushin Ahmed, Britain First and its extremism rumble on with no care as to what their actions may possibly lead to.