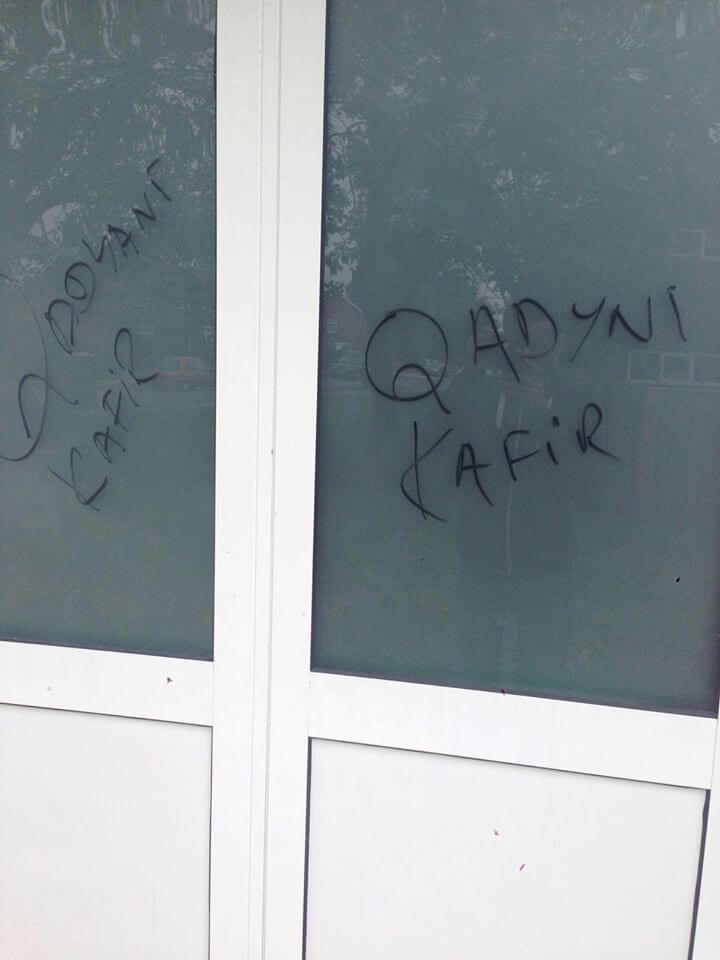 Once again, a peaceful law-abiding community suffers the injustice of being targeted for hate graffiti and is targeted on the basis that some Muslims regard it as being heretical. So what do these moral guardians of faith do, they decide to promote intra-Muslim sectarianism by scrawling the following on the Noor Mosque in Crawley.

The comments listed on the door of the mosque are simply an affront to all of the community who use the mosque and sends out a signal that they are not valued or accepted.

This case highlights how hatred and intolerance impacts on wider communities and where the perpetrator has no sense of morality in targeting a place of worship.

We have passed this case onto Sussex Police who have confirmed that they are looking into this matter. If requested by the police, we would also be happy to provide a community impact statement if someone is arrested on suspicion of the offence. Such actions are unacceptable and we will do all we can to ensure that any perpetrator who is charged, knows that the full weight of the law will come down on them for such actions which target all users of that mosque.