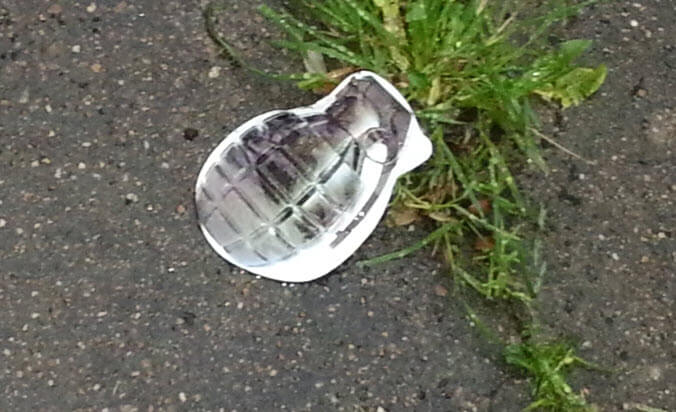 We were contacted by a Muslim mother who had left her house to drop off her children to school.

She left home before 9 am on the 8th of December 2015 and the day started off pretty routine, though little did she know that it would end up with finding a cut out picture of a grenade in her drive-way.

The parent has stated that she has not had any trouble before in her neighbourhood and that she has been shaken by the experience which she regards as being anti-Muslim oriented, given her faith and the association with a grenade. She also felt that this has been triggered post the Paris terrorist incidents and that whoever targeted her was sending a message that was anti-Muslim and bigoted in nature.

Apart from the anti-Muslim bigotry, she also felt vulnerable and threatened that someone would come into her driveway and take the time to cut out the picture and place it in the driveway.