‘A Deep Hatred of P****’ and Taunted with the term ‘Groomer’. The Murder of Mushin Ahmed 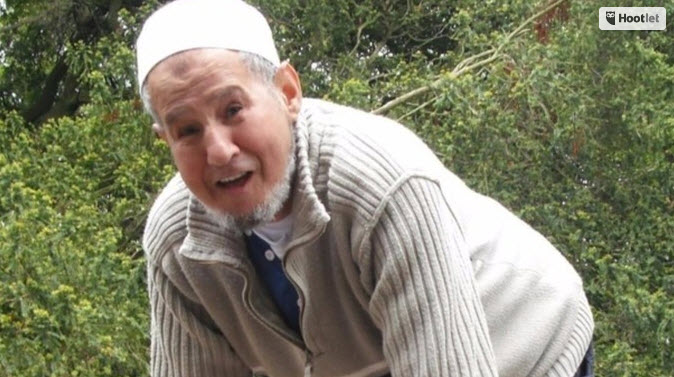 Dale Jones, 30, was found guilty of the murder of Mushin Ahmed, 81, at Sheffield Crown Court yesterday.

During the trial, a probation officer noted that Jones had a deep hatred of ‘P*kis’ – who he believed were all rapists.

Drunk and high on drugs, Jones had racially abused a taxi driver before the fatal assault on Mr Ahmed.

The co-accused, Damien Hunt, 30, told the court that the enraged Jones had ‘circled’ Mr Ahmed and called him a ‘groomer’ on multiple occasions. Mushin Ahmed ignored the taunts as he continued on with his journey to his local mosque.

The court heard of Jones’s history of violence, against strangers and his ex-partner.

The attack proved so vicious that the imprint of his trainer was left on Mr Ahmed’s fractured skull. The DNA of the co-accused were found on his broken dentures.

Mushin Ahmed lay on the grass for two hours until a member of the public flagged down a police car. He died 11 days later.

As the trial ends. The family and wider Muslim community in Rotherham have justice. But this situation should never have happened. No person should ever face the violence Mr Ahmed did, especially at his age. He was no threat to anyone, let alone a racist and murderous thug like Dale Jones.

It’s no accident that Mr Ahmed suffered the indignity of being called a ‘groomer’. Some are exploiting the horrific abuse of young girls in the area to pursue racist agendas. We’ve seen traumas sensationalised and reduced to a simplified blame game of ‘PC culture’. In truth, these criminal gangs continued to exploit vulnerable young girls due in part to a wider culture of indifference and victim blaming.

Others throw these slurs at Muslim men, who are mythologised as sexual deviants and paedophiles. This toxic climate is enabling the far-right to broaden their appeal and speak to, or at least exploit sentiments of individuals.

A man is dead. A family and community mourn. Yet we are no closer to overcoming the bigotry that inspired such violence. Anti-Muslim hate can lead to murder. We saw that in 2013 with the murder of another pensioner, Mohammed Saleem, at the hands of a Ukrainian terrorist who had a deep hatred of Muslims. The circumstances were different. But the consequences of their hatred proved fatal.

How did we get here? These incidents are rare but remain increasingly of concern.