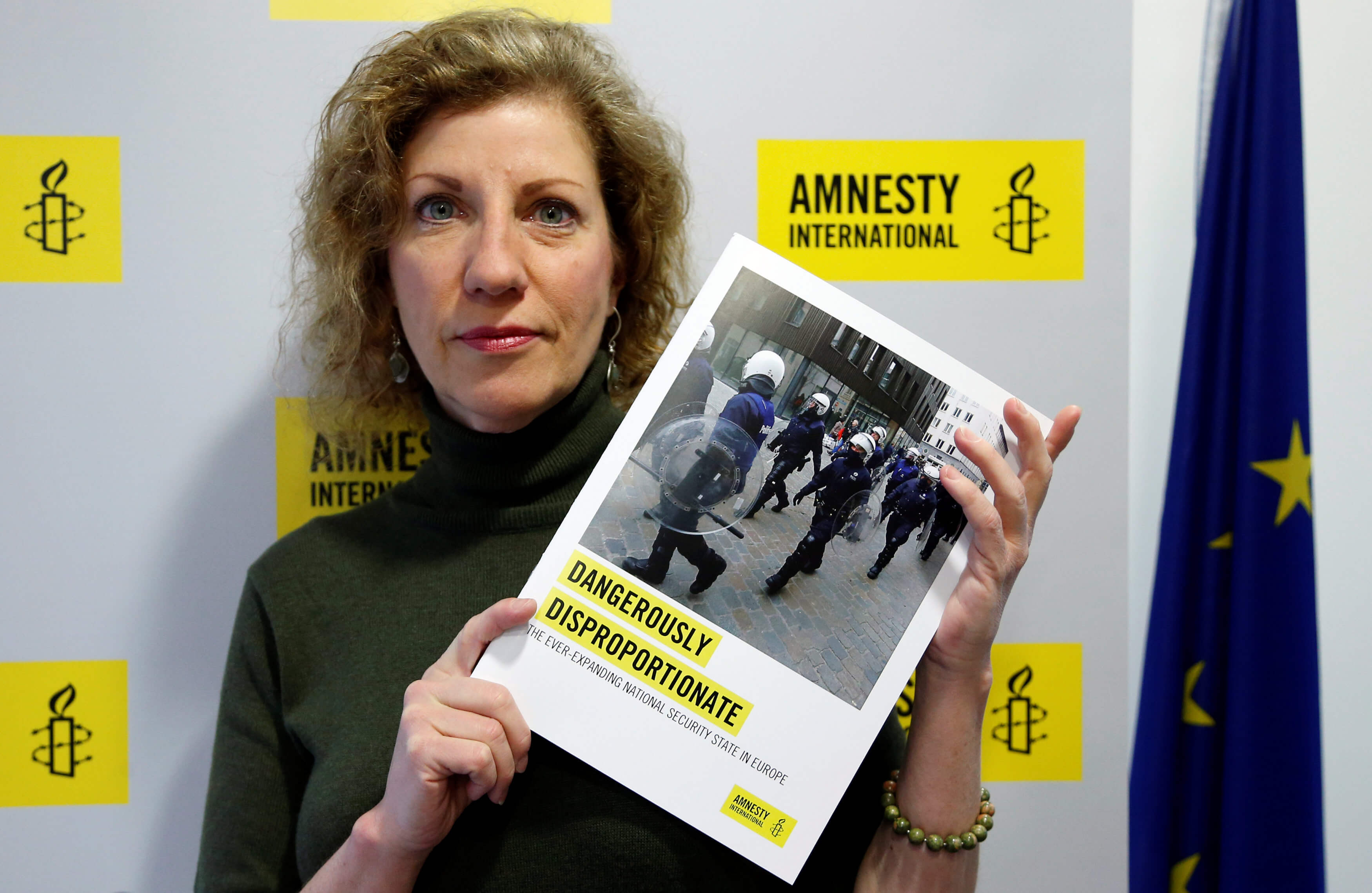 A raft of new counterterrorism laws across Europe discriminate against Muslims and refugees, spreading fear and alienation, Amnesty International said in a report on Tuesday.

The human rights group sounded the alarm over security measures adopted over the past two years in 14 EU nations, including expanded surveillance powers. During that period, militant attacks have killed some 280 people in France, Belgium and Germany.

The attacks, mostly claimed by the Islamic State group, have fanned tensions over immigration, fuelled the popularity of right-wing parties and made security a key theme in upcoming French, Dutch and German elections.

“Right across the EU regional space we see Muslims and foreigners being equated with terrorists,” said Julia Hall, an Amnesty International expert on counterterrorism and author of the report. “This stereotyping so disproportionately affects these communities that there is a high degree of fear and alienation.”

She warned that “draconian” surveillance measures and powers of search, detention and arrest like those introduced in France since November 2015, when attacks killed 130 people, could be abused to target activists or minority groups that did not pose a genuine threat.

Amnesty is critical of a European Union draft law, to be adopted this year, that seeks to punish people for travelling or planning to travel to join a terrorist group. It says the wording of the law is unclear and it casts too wide a net.

A European Commission spokeswoman rejected Amnesty’s criticism and said the EU would closely monitor for potential abuses in the bloc’s 28 member states.

EU Security Commissioner Julian King said he agreed with the report that fundamental rights must not be put at risk. “That is what the terrorists are attacking,” he said on Twitter.

New measures to crack down on glorifying or being an apologist for terrorism, Amnesty said, were shrinking the space for freedom of expression. In France in 2015, a third of more than 380 people prosecuted for apologising for terrorism were minors, it said.

The rights group condemned what it dubbed the “Orwellian” use of curfews, travel restrictions and police check-ins to monitor individuals who were not convicted of crimes and often did not know what they were accused of.

Hall criticised what she described as “governments looking at a person and saying: ‘You look very suspicious to me. So I’m going to restrict your behaviour because I think you might commit a crime.'”

France this month paid tribute to 17 people killed two years ago by Islamist militants in three days of violence that began with an attack on satirical weekly Charlie Hebdo.

Among other major attacks, suicide bombings in Brussels last March killed 32 people, and a Tunisian man mowed down 86 by driving a truck through a Bastille Day crowd in July in the French city of Nice. Another truck attack killed 12 in Berlin last month.