Equality Means Equality for All. Organisations are Either In or Out of this Sphere 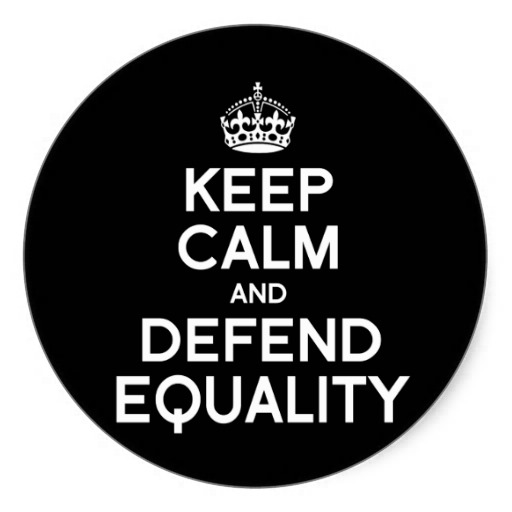 Nick Cohen highlights some of the issues that colleagues within Tell MAMA have been grappling with for some time. Apart from being the target of far right campaigns, Tell MAMA has also become the target of groups purporting to tackle Islamophobia, solely because Tell MAMA believes that equality means equality for all. Cohen mentions the following statement which was made by MEND’s Chief Executive, Sufyan Ismail in late 2014. He stated the following to a mainly Muslim audience:

“We don’t want the government to fob us off with some phony thing called Tell MAMA, which has got a pro-Zionist pretty much heading it, or in a very senior capacity, and is making all sorts of comments we might not agree with when it comes to homosexuality, to be recording Islamophobia.”

Not only are we independent of ‘the Government’, we have been running Tell MAMA to serve the needs of Muslims since 2012, without any form of ‘Government’ interference. Our independent service has assisted over 4,500 people and led to hundreds of arrests in order to ensure access to justice for victims of hate crimes who happen to be Muslim. Yet, our results, it seems, does not shield us from such statements or spin pieces that are thrown out into audiences.

Furthermore, when we set up Tell MAMA, it was on the basis of ensuring that anti-Muslim hatred was seen as one strand in the mainstream campaign against racism, prejudice and bigotry. Muslims are not a special case and nor should they be. British Muslims simply want equality and equality laws, policies and practices need to be applied evenly across the board. This is why we have been vocal when Muslims have been attacked because of their faith identity. This is why we have been vocal when some sections have tried to abuse Ahmaddiya Muslims. This is also why we have been vocal when some groups have tried to abuse gay or trans-Muslims. Equality needs to remain consistent and any group which picks and chooses when it wants to campaign against prejudice and when it chooses to keep quiet – (because the victims are from LGBT communities), is a group that has no moral courage, nor any ethical basis to it. Let’s be clear about that – they need to leave the campaigning space and reflect more clearly what they are about.

Coming onto the issue of ‘pro-Zionists’, this is a charge that is the most corrosive of all within Muslim audiences. We have worked with the Community Security Trust in setting up Tell MAMA and we are both independent organisations. We are proud of our ability to work with our Jewish brothers and sisters in the fight against prejudice and bigotry and that relationship remains unshakeable. When a Jew is attacked, we will stand with the community, as we will with others. With this in mind, we will stand with the CST in order to ensure that people are not targeted because they are Jews. When appropriate, we will also collectively campaign together against far right and other groups who target Jews or Muslims.

Over the last 12 months, we have had the great fortune of having Richard Benson act as a guide in advising us in Tell MAMA and in providing the moral courage and support when far right groups and others have targeted us. As the former CEO of the CST, Richard Benson built the organisation and placed antisemitism at the core of hate crime work within successive governments. His courage, as well as that of former Minister and Dewsbury MP Shahid Malik, have ensured that we have been led by the best in the field of tackling hate, prejudice and intolerance. These co-Chairs represent the best of a Muslim and Jewish working relationship and together with the Director of Tell MAMA, Fiyaz Mughal OBE, they have ensured that Tell MAMA has become the leader in the field of countering anti-Muslim hatred and which is making a direct and real difference to the lives of victims.

More recently, at a ministerial meeting, Richard Benson advocated that anti-Muslim hatred should receive the same attention that other hate crime strands do and has forcefully spoken out for Muslim women who suffer street based incidents. He has spent his time and effort standing up for what is right and has never in any meeting mentioned the Middle East. A consummate professional, he is an asset to any organisation and we are extremely lucky to have our co-Chairs at the helm of Tell MAMA. The statement from the CEO of MEND is therefore tiresome, inaccurate and an affront to those willing to do the right thing in countering prejudice, in this case, anti-Muslim hatred.

Lastly, on the issue of homosexuality, it is extremely depressing to hear the comments made by the CEO of MEND. Simply put, if any individual or organisation cannot stand up and openly challenge homophobia within some sections of Muslim communities, then what are they doing challenging other forms of prejudice, hate and bigotry? Whilst we also acknowledge that homophobia is also present in other faith groups and communities, we will never relent in challenging any bigotry and prejudice where we come across it. Only by doing so, do we know that our moral compass is still pointing in the right direction to tackle anti-Muslim prejudice.