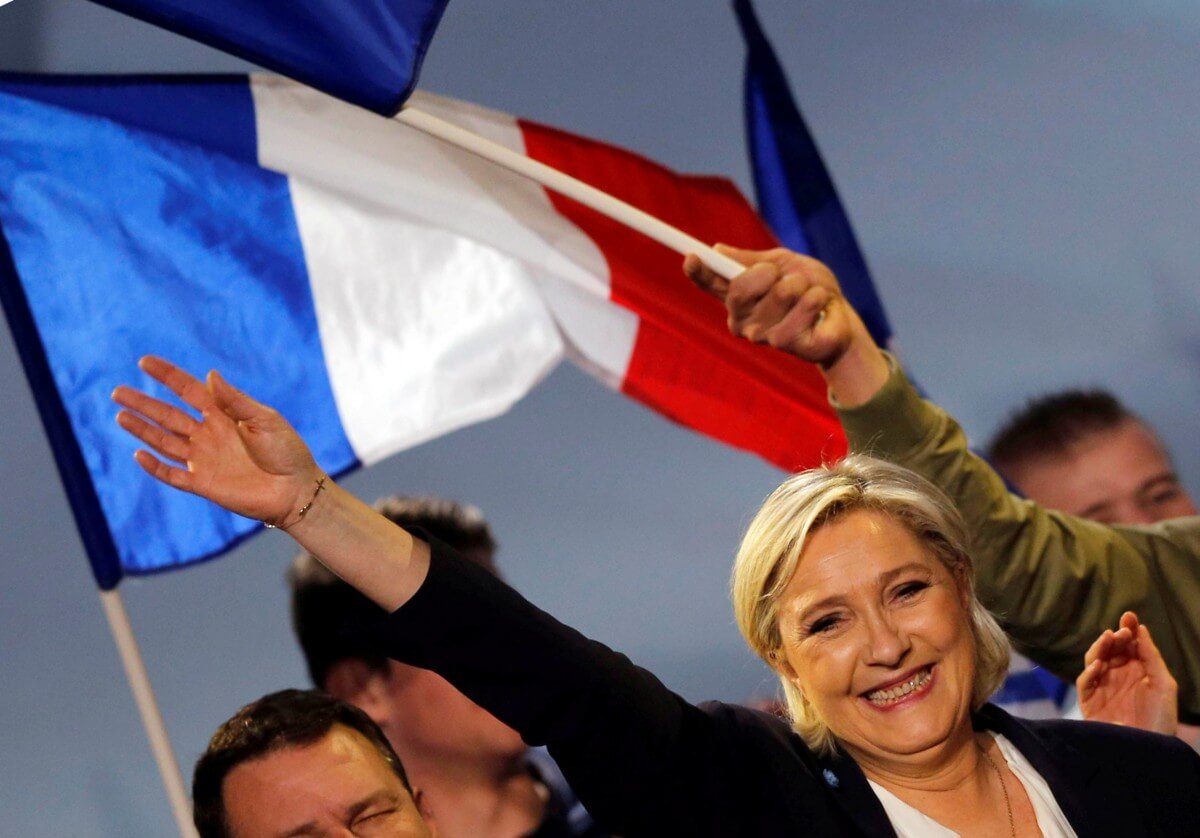 French presidential candidate Marine Le Pen told a political rally on Sunday that the euro currency which she wants France to ditch was like a knife in the ribs of the French people.

The leader of the eurosceptic and anti-immigrant National Front (FN) also told the rally in the city of Bordeaux that the forthcoming election for president could herald a “change in civilisation”.

Encouraged by the unexpected election of Donald Trump in the United States and by Britain’s vote to leave the European Union, Le Pen hopes to profit from a similar populist momentum in France, though opinion polls suggest she will lose the May 7 run-off.

“We are at the mercy of a currency adapted to Germany and not to our economy. The euro is mostly a knife stuck in our ribs to make us go where others want us to go,” Le Pen said to loud cheers and applause.

Reiterating her anti-globalisation and anti-immigration views, she declared: “We do not want France to be open to all commercial and human flows, without protection and borders.”

A government under Le Pen’s presidency would take France out of the euro zone and bring back a national currency, hold a referendum on its EU membership and slap taxes on imports and on companies hiring foreigners.

Le Pen says she would curb migration, expel all illegal migrants and restrict certain rights now available to all residents, including free education, to French citizens.

She hit out at her two main opponents in the French election, independent centrist Emmanuel Macron and conservative candidate Francois Fillon, saying they belonged to “the same system”

“The system is panicking because it sees people are waking up,” she said.

Opinion polls forecast Le Pen will do well in the April 23 first round of the presidential election only to lose the May 7 run-off to centrist candidate Emmanuel Macron.

But the high number of undecided voters means the outcome remains unpredictable and motivating people to go to the polling stations will be key for the leading candidates.

“A chair, a table, or a bench would be elected rather than her in this country,” he said.

Le Pen, Melenchon and Macron are all trying to attract voters disillusioned with mainstream parties.

There some similarities between Melenchon’s platform and Le Pen’s, both sceptical of the EU and globalisation but offering very different policies as the former Socialist staunchly criticises Le Pen’s views on immigration.

Melenchon, who has overtaken the official Socialist party candidate Benoit Hamon in election polls and now ranks fourth, on the heels of Fillon, told his supporters: “the wave is rising, my friends”

Melenchon, a political veteran, whose potential election score in polls has risen to as high as 16 percent in the past few days, has ruled out asking Hamon to pull out of the race and join him.