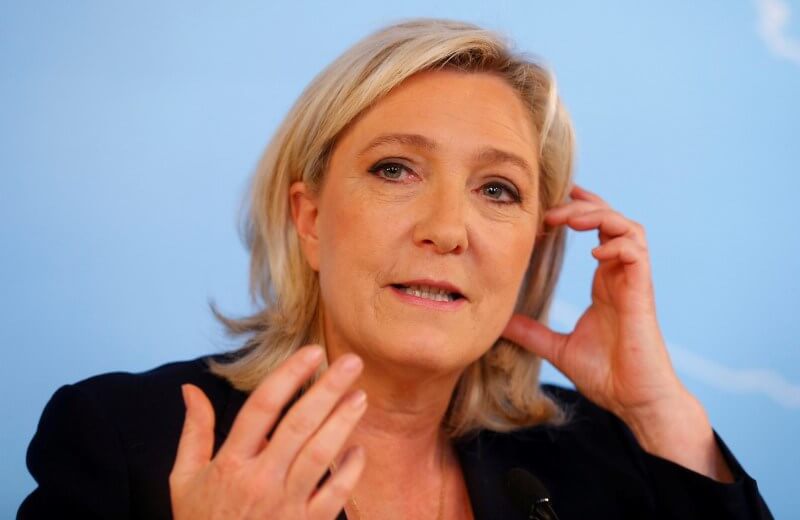 Le Pen is a candidate in France’s April 2017 presidential election. While her increasingly popular party thrives on anti-immigration sentiment, she has been more careful in her speeches than Trump has been, keen to make her party more mainstream.

“As far as France’s best interest is concerned it’s, ‘Everything but Hillary Clinton’,” Le Pen told CNN in an interview when asked which U.S. candidate she would back.

Opinion polls see Le Pen making it to an early May run-off in France’s presidential election but losing that second round to a mainstream candidate as a majority of voters do not want her as president, despite her growing popularity.

She shares with Trump a strategy that banks on presenting herself as “anti-system.”

“What we have in common is that we’re not insiders, we are not taking part in the ‘system’, we depend on no one and do not take our orders from any financial institutions,” she told CNN in the interview taped and released on Wednesday.

Trump has been rebuked by opponents for his proposal to temporarily ban Muslims from entering the United States. He has faced criticism even from within his own party for comments seen as insulting women, Muslims and Mexican immigrants.