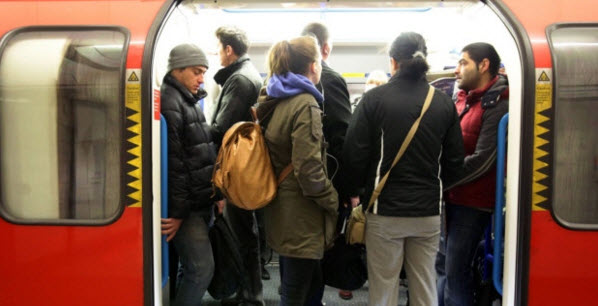 Over the last 36 hours we have seen a number of cases come into Tell MAMA and the following incident shows, once again, how street based anti-Muslim hatred is also gender specific, with perpetrators mainly being white males and the victims mainly being visible Muslim females.

This was reported in by an Asian female who was not Muslim herself, though she felt angry and yet powerless to intervene. We thank her for reporting in the incident which we will report into the relevant authorities. This is the text of her report with the locations removed. Once again, no commuter intervened to stop the racism and they simply looked away.

“Just to let you know I saw a man behave inappropriately and make racist comments to a young woman wearing a light blue Hijab on the tube. The incident happened about 5:15pm and occurred at a connecting tube station in North London where a white man wouldn’t sit next to a young girl with a hijab on.”

“He called her a “dirty P***” and “to f*** off back to Syria because girls do not wear hijabs in England”. I wanted to say something but was quite scared as none of the commuters did anything and looked away. She did speak back to him politely and said “I’m a British Pakistani and am not forcing my faith on you or anyone else”. The man said a few more things and eventually sat elsewhere. I wanted to report it because I felt so angry she was subject to this and helpless I couldn’t support her.”

“I felt obligated to let you know as she looked upset and fearful and I felt for her – and whilst I couldn’t do anything at the time I hope this helps raise awareness that this has happened and is unacceptable. It was very unfortunate to watch and I felt sad for her that this might be a sign of things to come given the heightened tensions and terror attacks.”