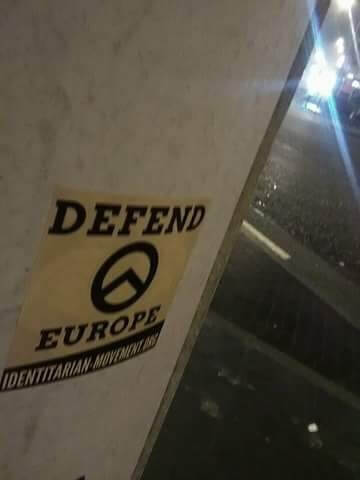 A far-right group called the ‘Identitarian Movement’ has been posting stickers and boards up in the last few days in areas in the United Kingdom which include Preston in Lancashire and in Dublin. Ireland. One of the stickers states,

“This barrier is to prevent Islamic lorry attacks”.

The sticker on a lamp-post in Preston, (see second picture below), also highlighted the view of ‘defending Europe’ with the reader left to think about who Europe needed defending from – however, given the background of the group – refugees, Muslims and those not deemed to be ‘white or Christian or from Europe’ would be the groups this far-right movement would be implying. 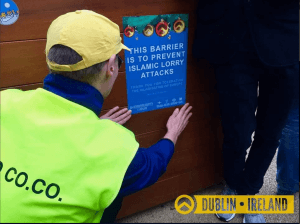 The ‘Identitarian movement’ originated from France and is based on nationalist lines with the ‘preservation’ of a ‘white ethnic identity and culture’ at the heart of its extremist ideology. However, previous supporters have included former Ku Klux Klan leader David Duke.

If you come across any such stickers, do contact us in Tell MAMA and you can report material through THIS FORM in confidence. 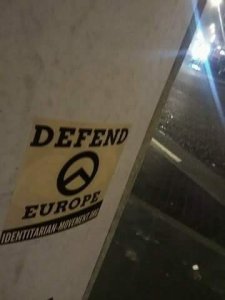