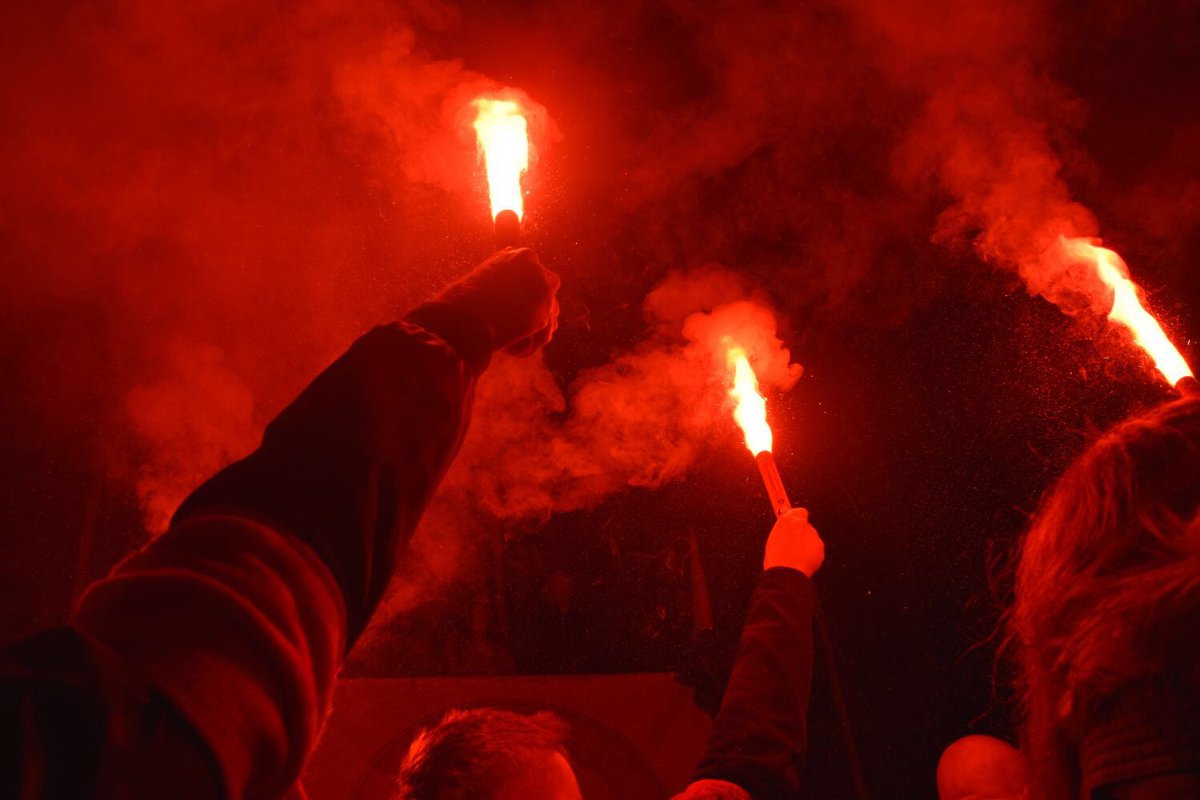 Tens of thousands of Poles marched in Warsaw today in a City that historically was ravaged by the brutal onslaught and the occupation by the Nazis during the Second World War. A city that still bears the marks of heavy fighting in some of the walls that were left standing after Warsaw, saw banners that read, “White Europe”, “Europe will be white” and “clean blood” – clear references to ethnocentric racial overtones which played to some of the neo-Nazi groups that had turned up.

The fact that marchers flew in from various parts of Europe – including Jayda Fransen who was pictured next to Marian Lukasik, the London based Britain First activist. Organised by a group called the National Radical Camp, many in the demonstration suggested to news agencies that they were not part of far-right groups, though the nationalistic themes promoted by far-right groups resonated with them. It was also co-organised by a Polish youth group called ‘All-Polish Youth’, with social media accounts of sympathisers of both groups promoting rabidly antisemitic and anti-Muslim sentiments. The banners that were carried during the organisation also promote a view that Jews, migrants and Muslims, for example, would not be welcome in a Poland shaped by such polarising and extreme groups.

Speaking to the Wall Street Journal, one of the handful of counter-protestors, who happened to be Jewish said,

“We are really in fear”

The comment was made as police ringed the 30 or so counter protestors for their own safety.

The National Radical Camp has also held events to mark a pogrom against Jews in 1936, showing roots based in Nazi ideology and one of their recent banners that they unfurled over a bridge in Warsaw read,

We simply cannot sit back and allow the history and future of Poland to be reshaped by those who hate and in a country where over 3 million Jews and Roma were murdered in concentration camps. Men and women in Poland continue to state that they were not responsible for the annihilation of Polish Jewry and blame the Holocaust solely on the Germans. The reality is that many in Poland also colluded and kept the Nazi war machinery working, including the murder of Jews and Roma. Now is the time to stand up and make clear that never again will far-right extremism, Nazi ideology or hatred against Jews and other communities, take root in this proud nation. We all must do what we can to ensure that the forces of light win over the forces of darkness – if not only for the safety and security of Europe but for the memory of those who are not with us today and who were murdered in the death camps in Poland.