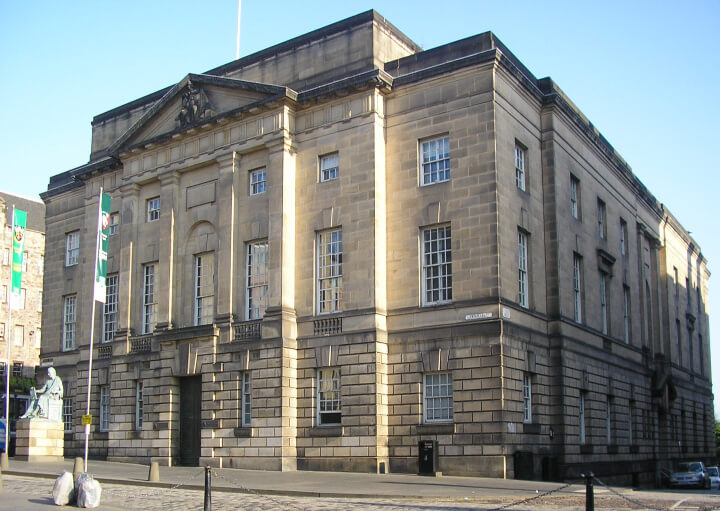 An Aberdeen man accused of far-right related terrorism offences is said to have told police officers he had the materials to make “weapons of mass destruction,” a court on the first day of the trial.

In evidence at Edinburgh High Court, police officers described not initially taking the threats of 29-year-old Richard Smith seriously due to his intoxicated state.

The court heard from PC Joanne Smith, who described how Mr Smith made their threats whilst receiving medical attention for a head injury on September 21, 2019 – with the jury learning that police found the 29-year-old was bleeding from their head and mouth before regaining consciousness.

PC Smith spoke of their belligerence and abuse and, whilst not under arrest, had been placed in handcuffs for the safety of himself and emergency workers.

She told the court: “He said he had chemicals in his home that he could use to make weapons of mass destruction and bombs,” adding that he threatened to bomb police stations and their vehicles and spoke of apparent military background, along with claims of being able to build a functional gun from their urine.

In evidence to the court on Tuesday, the BBC reported that the accused’s uncle, also called Richard Smith, received a WhatsApp message: “The Muslims must die” on October 8, 2019.

When asked about the nature of the message, he told the court: “It was just something that it was his sense of humour sort of thing,” as reported in the Press and Journal.

News of the arrest made headlines back in December 2020.

The prosecution claims that Smith had produced or “knowingly” possessed “explosive substances” across various locations in Aberdeen between October 19, 2018, and November 13, 2019.

The 29-year-old denies charges under the Terrorism Acts of 2000 and 2006 and offences concerning the Explosive Substances Act and the Poisons Act.

Other documents alleged to have been recovered by the police include survivalist, combat and resistance techniques, manufacturing guns and other weapons, and guides for the practice of guerilla warfare.

Other accusations against him include the alleged manufacture of chemical and biological agents.