Far-right terrorist, 26, who admitted possessing explosives and bomb-making document had a long history of online hate 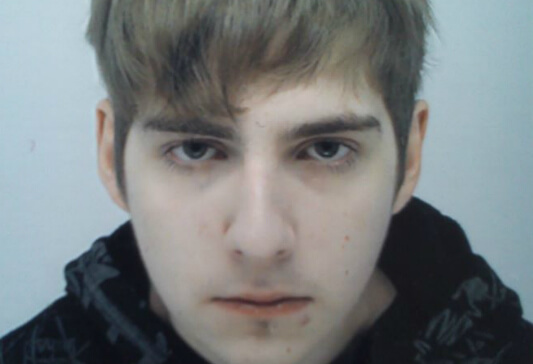 A Polish national who pleaded guilty to terror offences, had a long history of sharing anti-Muslim and Islamophobic content on Facebook, Tell MAMA can reveal.

Luton-based Filip Golon Bednarczyk, now 26, was charged last December with the collection of information likely to be useful to a person committing or preparing an act of terrorism, contrary to section 58 of the Terrorism Act 2000.

An additional charge concerns the alleged making or possession of an explosive under suspicious circumstances, contrary to section 4 of the Explosive Substances Act 1883.

The charges follow an arrest made on the eve of the General Election, and there was no immediate risk to public safety.

Bednarczyk has since pleaded guilty to possessing a 2kg bag of an explosive substance, identified as sulphur powder under suspicious circumstances, between May and December of last year.

He also admitted guilt concerning seven charges of possessing documents related to homemade explosives, including Semtex and black powder, which are likely to be useful to a person committing or preparing an act of terrorism.

The prosecution has requested for sentencing to shift in lieu of the Crown receiving the defendant’s plea and to allow for the preparation of a psychiatric report.

Judge Anthony Leonard QC has since remanded Bednarczyk, with a sentencing timetable enacted as soon as possible.

During the trial, it was revealed that Bednarczyk had possessed the white supremacist screed of Brenton Tarrant, and memes glorifying the Christchurch terror attacks.

Our investigation, however, has revealed that Bednarczyk’s incendiary social media posts date back further, shifting between an inchoate interest in Satanism, nihilism, and anti-religious memes to hardened conspiracist and far-right memes about Islam and Muslims.

Two examples in this investigation, posted on Bednarczyk’s personal Facebook, revealed how entrenched this racialised form of conspiracist thinking about demographics had become, as, in October, a dehumanising meme of a Muslim woman pouring tea from a Union Jack teapot presented this as a ‘traditional’ UK outfit. Contrast that with a meme Bednarczyk shared on December 7, 2014, calling for the banning of the burqa (the image itself depicts the niqab, however), deployed the same dehumanising and securitised language, from a notorious page called ‘Stop the Islamization of the World’ – a page boasting almost 100,000 likes, would pepper Bednarczyk’s timeline throughout 2014. 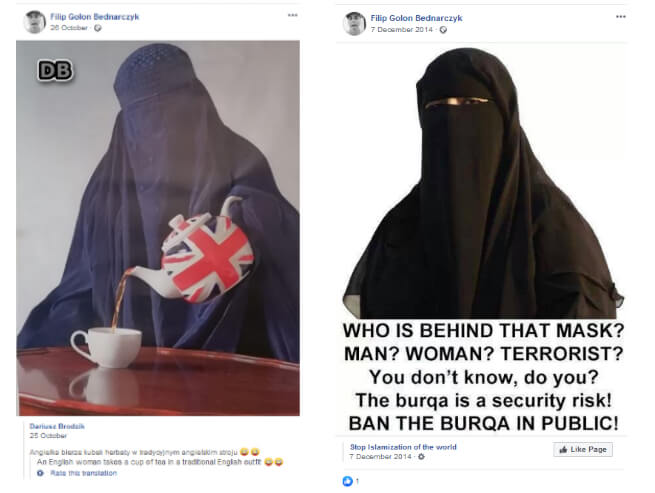 Bednarczyk had also, on at least two occasions that year, liked memes calling for the nuking of Mecca, the holiest place for Muslims. 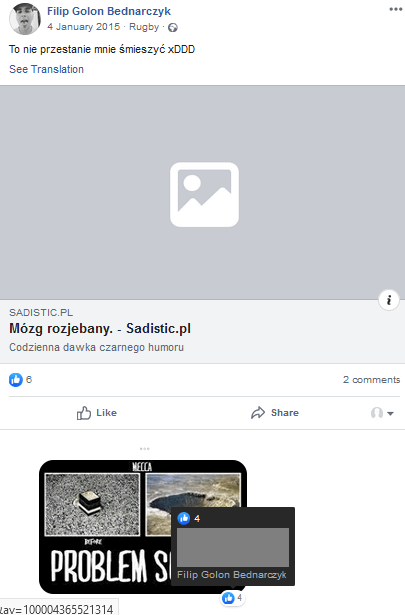 He had shared content from a similar far-right Facebook group in the Polish language which is against the so-called ‘Islamisation of Europe’ – Nie dla Islamizacji Europy, which boasts over 300,000 Facebook likes. 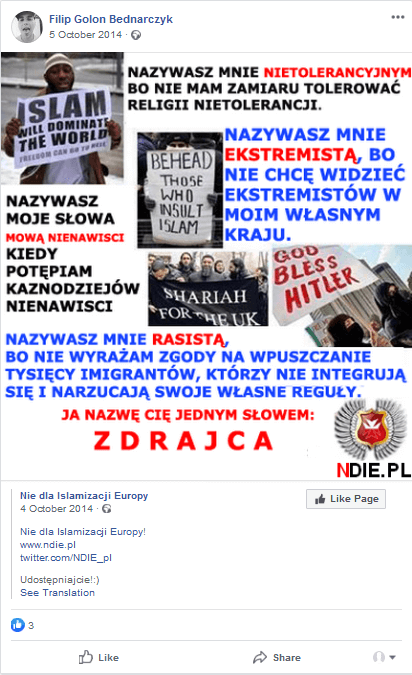 In September 2014, he shared an antisemitic meme which originated on 4chan, which spoke of an impending global war, where David Cameron, Joe Biden, Barack Obama and Vladimir Putin were depicted wearing kippahs – the traditional skullcaps that demonstrate an outward sign of religiosity in Jewish men.

A year later, one post suggested that ‘liberal blood will flow in the streets’ for their tolerance of Muslims, transgender people, homosexuality, abortion, feminism, and paedophiles. He added that he would only return to Poland if the notorious far-right politician Janusz Korwin-Mikke took power.

An avid YouTuber, Bednarczyk even uploaded a video in 2017 of himself cutting a membership of the far-right street defence movement Britain First.

More recent content, however, included a mocking photograph, taken outside of a church in Luton which had displayed a sign in solidarity with local Muslim communities.

A hateful and homophobic post in July called police participation and recognition of Pride events the “death of European culture and values”. 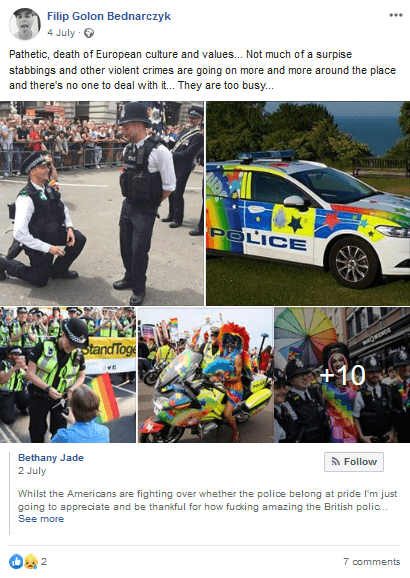 Filip Golon Bednarczyk appeared at Westminster Crown Court to confirm his name, age, and address in December and no application for bail or indication of plea was entered, according to his defence.

The prosecution outlined that a search warrant on December 11 resulted in the seizure of several handwritten documents, various digital storage devices, and a quantity of sulphur powder.