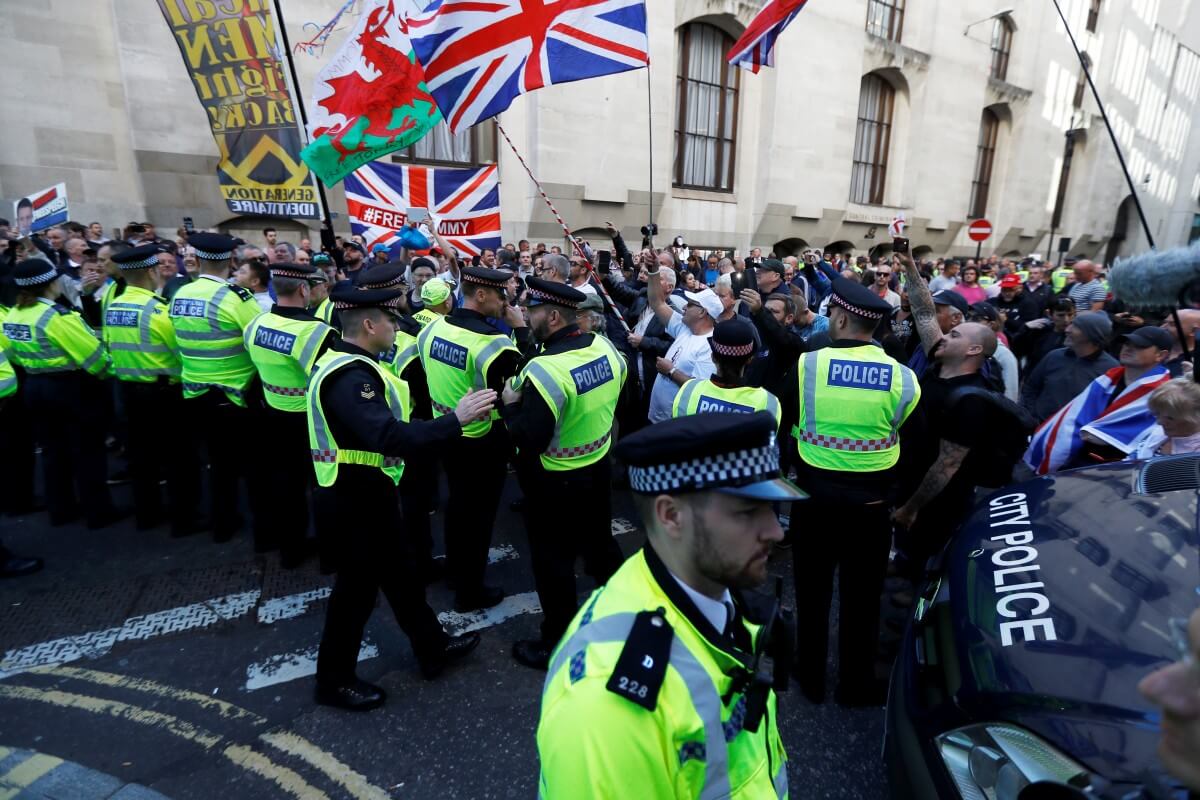 The far right are “winning the hybrid war against society”, ministers were warned as MPs debated proposals to toughen anti-terror laws.

The Bill aims to equip the statute book for the digital age and will allow police and prosecutors to intervene earlier in investigations, and will also close off potential loopholes.

Security Minister Ben Wallace, in response to the concerns raised by Mr McDonald, said that funding for extremist far-right groups had not been “as high as people imagine”.

He said: “For very little amounts of money you can groom people, inspire people, indeed the terrorist attacks of 2017, the five main attacks cost GBP5,000 in total.

“That is the reality of a modern-day terrorist attack and indeed the financing behind it, I don’t see much evidence of huge swathes of money funding it.

“What I do see is growing evidence of the impact of the internet allowing people to join up who in the past had nowhere to go, who may have been the oddball in their village, or the odd one out now has the ability to live in a fantasy world, to indulge their bigoted beliefs, to learn how to make bombs and hurt people and find kindred spirits across the internet.

“That is what I believe has given one of the big boosts to terrorism.”

The comments came as MPs considered a number of House of Lords amendments to the Bill.

One such amendment, Clause 4, seeks to soften Government proposals to jail UK nationals for up to 10 years if they enter a “designated area” overseas.

The move was designed to help police and prosecutors mount prosecutions in cases where there is limited evidence of the suspect’s activities while overseas but presence in an area associated with terrorism can be proved.

The Lords added a number of “reasonable excuses”, described as “get outs” by Independent MP John Woodcock (Barrow and Furness), for being in such an area.

Mr Woodcock, addressing the Security Minister, said: “Does he not share my concern that some of the get outs which are listed now on the face of the Bill could be very easy to exploit, for example how can it be proved that someone wasn’t going to attend a funeral if that’s what they say?”

“The designated offence is designed to be used to establish a clear ban on travel to a tightly defined area or areas outside the UK where such a ban is necessary for the purpose of protecting the public from a risk of terrorism with a criminal sanction breaching that ban”, he added.

Mr Wallace said such an offence would “send a clear message that there are areas that we do not want people to go to”.