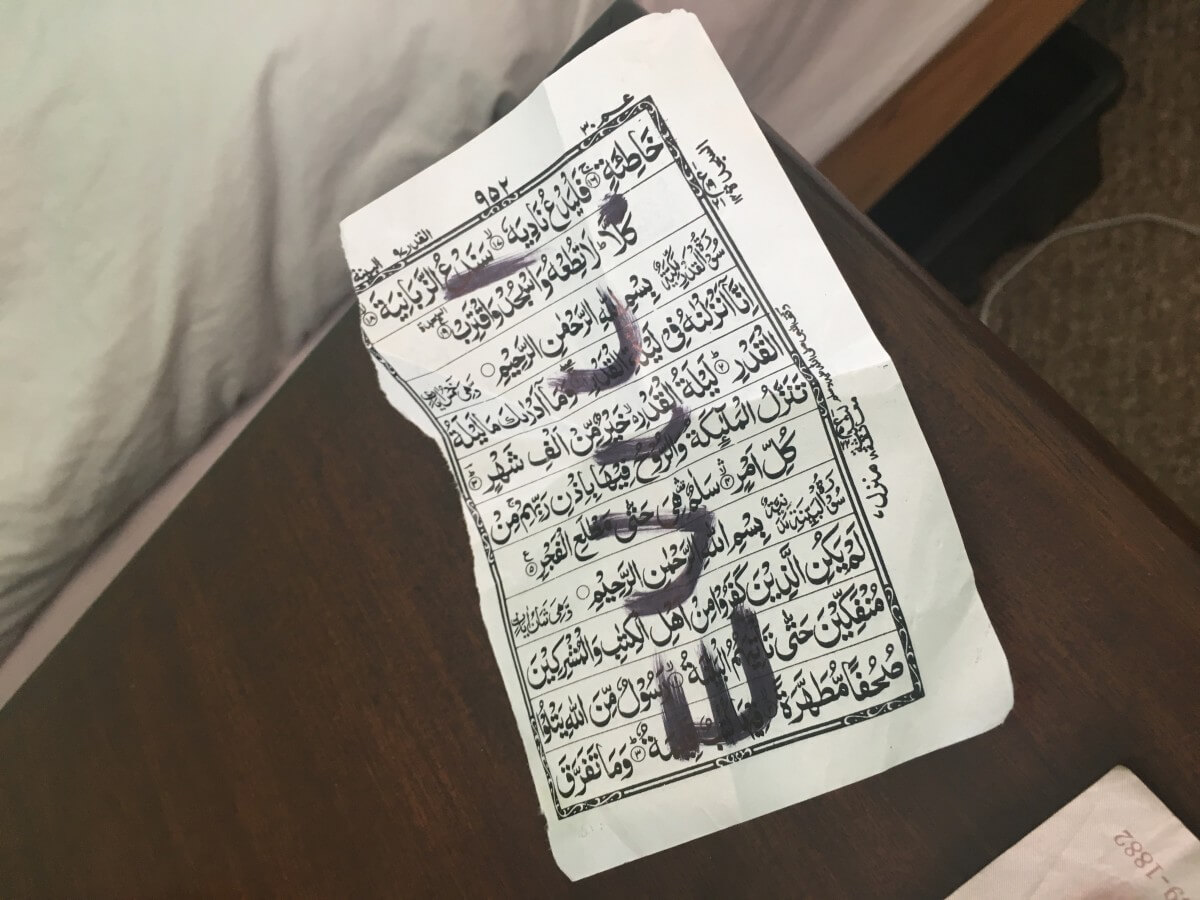 We were notified of a case in London where a Muslim family received a Quran page that had been torn and with the word ‘evil’ wriitten across it.

Posted to the home address of the family, it was opened by the father who was extremely disturbed by a page from the revered scripture being treated in this manner. His daughter told Tell MAMA that:

“It’s hard to describe the emotion I felt when my father who was very disturbed by it, showed it to me. I think my initial reaction was shock, followed by anger and then a sense of fear.”

The daughter also went onto say that:

“As a family this has come at a horrible time. It has been barely 2 months since my father buried his mother who was a massive part of our lives. She lived with us for over 20 years so her loss is one we are all still very much dealing with. So now, this sense of being targeted and even watched is a terrible feeling. However, I am also touched by the overwhelming support and positive messages I have received. It goes to show that our community is in majority a fantastic one with a few exceptions. I find comfort in this.

In fact, it is her words that are inspirational.