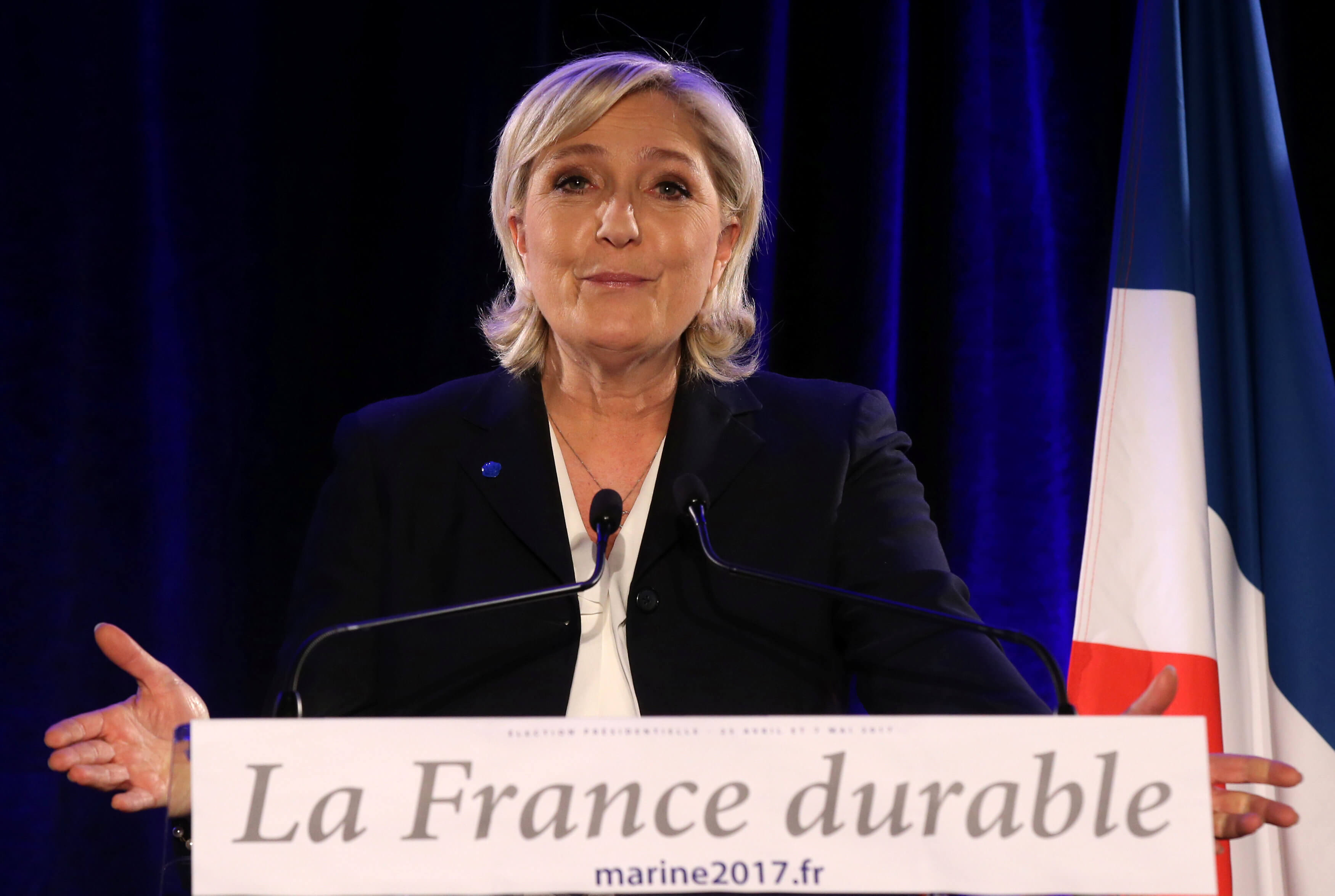 France’s far-right party leader Marine Le Pen kicks off her presidential campaign on Saturday, hoping a manifesto focused on promises to shield voters from globalisation can boost her election chances at a time of turmoil in French politics.

Opinion polls see the 48-year old daughter of National Front (FN) founder Jean-Marie Le Pen topping the first round of the presidential election on April 23 but then losing the May 7 run-off to a mainstream candidate.

But in a race that is turning out to be the most unpredictable France has known in decades, the FN hopes this weekend’s two-day rally in Lyon, where Le Pen will spell out her electoral platform, will help convince voters to back her.

Emmanuel Macron, a pro-European centrist candidate whom polls say might be Le Pen’s opponent in the presidential election run-off, will also hold a rally in Lyon on Saturday to propose a radically different platform from the FN’s.

In 144 “presidential commitments”, Le Pen will propose leaving the euro zone, slapping taxes on imports and on the job contracts of foreigners, lowering the retirement age and taking a hard line on migration that will include making foreigners pay for their children to go to school, which in France is free.

Buoyed by last year’s unexpected vote to take Britain out of the EU and Donald Trump’s election in the United States, the anti-immigration, anti-Europe FN hopes to ride the same populist wave to victory in the presidential election.

If elected, Le Pen says she would immediately kick off six months of negotiations to seek an overhaul of the European Union that would reduce it to a very loose cooperative of nations with no single currency and no border-free area. If, as is likely, France’s EU partners refuse to agree to this dismantling of the bloc, she will urge voters in a referendum to leave the EU.

“Restoring France’s sovereignty will be the major axis of our campaign,” Jean Messiha, who has overseen the drafting of Le Pen’s manifesto, told Reuters.

The FN would combine leaving the euro with unorthodox policies including money printing, currency intervention and import taxes, he said.

The Lyon rally is also bound to focus on militant threats facing France, with the FN quick to react on Friday to an attempt by a machete-wielding man to enter the Paris Louvre museum. FN officials said it proves France must reinstate border controls and be tougher on radical Islam.

While Le Pen is hoping to benefit from an unpredictable campaign that has seen the favourites drop out one after the other and that has caught up with hitherto favourite Francois Fillon, embroiled in a scandal over alleged ghost jobs for his wife, opinion polls still see her losing the second round.

But that leaves grass-roots supporters undeterred. “The rally will show people are backing the National Front and our ideas,” said Victor Birra, the regional head of the FN youth association. “We’re fighting to win the 2017 election,” he said, before driving around Lyon to put up posters for the rally.

Le Pen and her party are also facing their own scandals, including one over assistants in the European Parliament and investigations over her 2012 campaign financing.