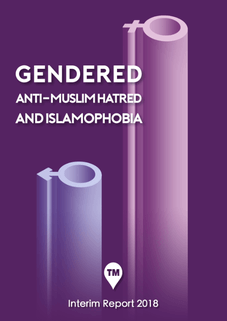 The Director of Tell MAMA, Iman Atta OBE, commenting on the 6-month interim report for 2018 stated:

“The gendered intersectionality of anti-Muslim or Islamophobic hate incidents are now well documented through our extensive work. Being a woman and being Muslim are markers for some of this gendered Islamophobia and not a single year has gone by since 2012 when we started work, when the majority of victims of street-based hate crimes have not been women. Of equal concern are the rising levels of aggression that are being shown to victims at a street level. This is deeply concerning and possibly indicates that something is changing for the worst.”