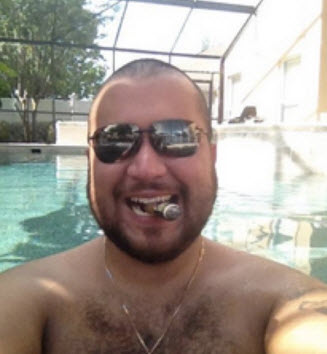 The case of George Zimmerman and the killing of Trayvon Martin captivated and split America down the lines of race and a gun-culture which is seen as a ‘right’ in some states in the US. In 2013, Zimmerman was acquitted of a second degree murder charge in Florida which further led to disbelief in some sections of the African-American population in the US. That killing involved the death of young Trayvon Martin.

In September 2015, Zimmerman went onto retweet a tweet showing the lifeless body of Trayvon Martin to his 10,000 Twitter followers at the time, leading to some commenting on his actions via the following statement:

“You’re a disgusting human being. I know I shouldn’t ever say that, but look at you. All proud for killing a kid.”

This evening, Zimmerman posted the following tweet – shown below, allegedly about an ex-girlfriend and the tweet included her US contact number. Given the nature of the tweet, we reported it into Twitter and humiliating and debasing an ex-partner in this manner is contemptuous. This is what the bigoted Zimmerman said:

“This is Heather. She cheated on me with a dirty Muslim…….she will sleep with anyone.”

They say that a single tweet does not reflect the inner thoughts of a person. In this case, we beg to differ, given the clarity of the contempt for Muslims and Zimmerman’s support for the Florida ‘anti-Muslim zone’ gun shop owner.

If anything, Zimmerman has shown the world what he really believes in; anti-Muslim rhetoric, humiliating women on-line and showing disrespect for the memory of Trayvon Martin. Ladies and gentlemen, meet the ‘Real George Zimmerman.’