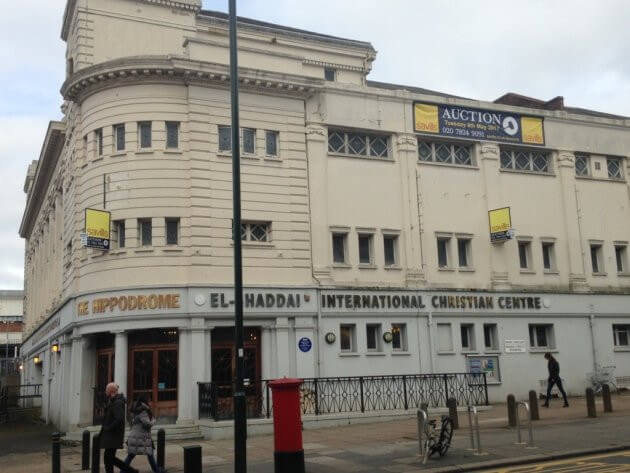 The furore around the Golders Green Hippodrome building which was purchased by a Shia group called the ‘Centre for Islamic Enlightening’ has sadly caused some strains between local communities in North London. Proposed activities in the Centre include seminars, lectures, youth activities and English language classes and the building was bought at auction for over £5 million pounds.

Yet, an e-petition has been drafted that has over 5,600 objections citing parking and noise concerns. These are legitimate concerns that some may hold, but no-one can deny that such a focus on the Centre has drawn in anti-Muslim bigots, some of whom may be local residents in the London Borough of Barnet. For example, petitioners left the following statements on the e-petition:

“don’t want….installation of a mosque – an embassy for Muslims from which they learn hatred and warfare against the infidel”

Further comments showed a bigoted nature towards Muslims as though simply buying a historical centre for an Islamic Shia Centre was ‘provocative’ and as though those who would use the Centre are not fellow citizens who happen to be Muslim.

Some of the comments left on the e-petition show the ignorance of those making them. For example, some comments suggested that the Centre would turn into a den of extremists and others suggested that extremism was being imported into the area, without even considering the fact that violent Jihadist extremism has targeted Shia communities historically. Shia communities have therefore been targeted by Daesh and IS and prior to this group, by Al-Qaeda.

Our call is therefore for the heated rhetoric to change into dialogue with the community group who have purchased the building. They clearly are not going anywhere, nor are local residents and the only way forward is to talk, listen and reconcile a way forward so that concerns are addressed and that the anti-Muslim bigotry of some stop! This issue cannot be used as a staging post for haters to push their hatred into this peaceful and cohesive borough.