In Haringey, One of the Most Diverse Boroughs, Such Incidents Take Place 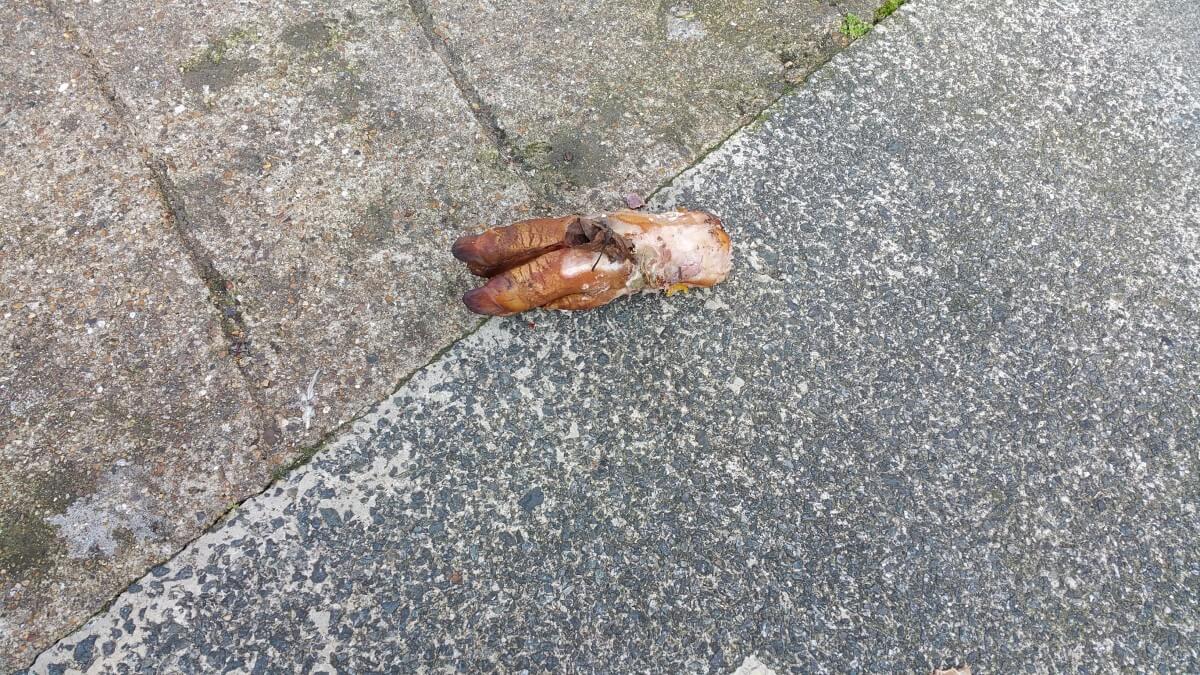 We received the following report from the London Borough of Haringey where a Muslim family reported that the following pig’s trotter was left outside of their home. It was found in the morning when they left to drop their children at school.

Haringey, which is one of the most diverse boroughs in London, has previously come to light in Islamophobic hate incidents. Also, last year, graffiti was sprayed in a road off Green Lanes which directly targeted Muslims.

This is particularly concerning since Haringey has been an area where large investments in social cohesion have taken place in the last two decades. Tell MAMA made contact with the victim and offered support. Local police forces were extremely pro-active in assisting the family.