How a debunked anti-Muslim falsehood continues to endure 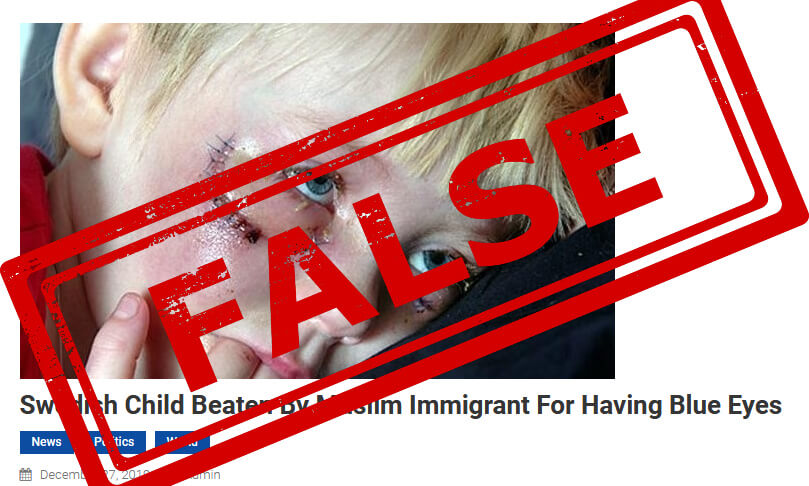 It began with a leading question, saturated in the same racialised falsehood it linked thousands of Twitter users to on December 31, suggesting that a Muslim had attacked a child in Sweden due to their eye colour.

Despite numerous debunkings in recent years, the story found a new life following a tweet from David Vance (@DVTAW), which boasts 145,000 followers, and benefits from a verified badge. 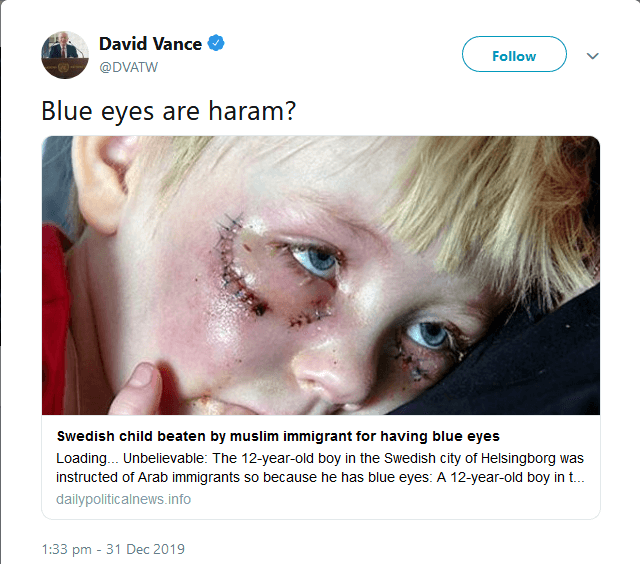 Vance linked to an obscure pro-Trump website which headlined their fake story, “Swedish child beaten by muslim immigrant for having blue eyes”.

This version of events, however, is as wilfully misleading as the previous iterations, hollowing out the facts of the Swedish-language news article, to further an anti-Muslim and Islamophobic agenda.

The @DVTAW tweet has gained just over 7,000 retweets, as journalists and others countering the falsehood, gaining prominence in the replies, as some responded with the discriminatory, hateful, and violent language such propaganda seeks to elicit. 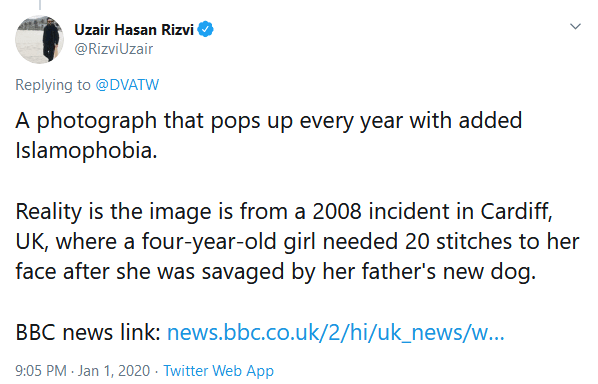 The implementation of such a policy, however, for a variety of far-right personalities and groups is, at best, inconsistent.

The enduring appeal of such conspiracist thinking is attached more broadly to what academics contend is a form of ‘group polarisation’, often a banal daily occurrence can in extreme cases, morph into behavioural changes: from adopting maximalist thinking of their previous beliefs, practising self-segregation, developing a mistrust of others, or increasing their potential for violence.

Following a failed political career in 2010, gaining a mere 1,856 votes for the Traditional Unionist Voice, and having his blog A Tangled Web removed from Squarespace for repeated breaches of its hateful conduct policies that same year, Vance has gained a much bigger audience on social media, which includes indulging the grotesque anti-Muslim conspiracy of taqiyya, and ideologically-driven conspiracies about the slow ‘Islamisation’ of the UK, as other tweets routinely link Islam to violence and terrorism. This racialised lens is extended to Muslims, who are painted more broadly as antisemitic, violent, or as sexual predators.

Vance has used his Twitter account to promote anti-Soros conspiracies, invoking the language of ‘globalists’. The Anti-Defamation League does not consider the term to be intrinsically antisemitic but it will adopt such connotations when applied to Jewish people, groups of Jewish people, or areas where Jewish communities live. On April 29, 2017, Vance tweeted that the then French presidential candidate Emmanuel Macron was “an open borders globalist Soros stooge”. Soros, born to a Jewish family in Hungary in 1930, was 11-years-old when the pro-fascist government had begun deporting thousands of Jewish people to Nazi-occupied territories, and when the war ended, Soros was just 14. But it has not stopped years of rabid conspiracies about his alleged Nazi collaboration, none of which are true.

Other conspiracies placing Soros at the centre of political events and funding have become decidedly mainstream in recent years.

Nor is Vance’s blog site without its continued controversies, as a post by Peter Moore, uploaded on Holocaust Memorial Day in 2018, read: “Today is, of course, the day that many people tweet about something which happened long ago, far far away. “But we must remember”, they say. It’s pretty difficult to forget, since some people never stop banging on about the Holocaust, but lets remember”.

Other notable tweets from Vance include depoliticising the far-right, terroristic murder of Jo Cox MP, and pro-Assad and pro-Putin soundbites.

The popular transphobic slur “tranny” has appeared in multiple tweets from Vance.

He has posted flagrant falsehoods about the violent nature of the transatlantic slave trade, and the role of Britain, adding that “(UK) Africans should view this history with gratitude”, despite the vast financial sums, totalling £17 billion, given to slave owners in the UK as compensation.

On January 2, 2020, Vance liked a tweet in praise of a book he authored from a user with the logo of the neo-fascist British National Party, who boasted the username @destroylefties despite Vance tweeting years earlier of his disdain for the party.

Away from Twitter, Vance spent parts of last year speaking at the conference of the far-right For Britain Party and speaking alongside Katie Hopkins in Geneva, siding with the Modi government on Kashmir.