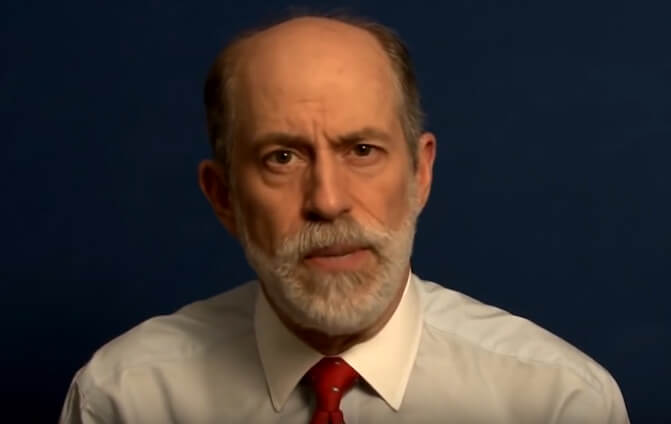 The recent speculation around Frank Gaffney’s proximity to president-elect Donald Trump is still subject to debate. Gaffney heads up Secure Freedom – previously known as the Centre for Security Policy (CSP). Speculation grew that Trump had sourced Gaffney for advice on national security issues. This was denied by Trump’s transition team. Nor would they confirm or deny if Trump had met with Gaffney.

Yet, on December 7, 2015, when Trump infamously called “for a total and complete shutdown of Muslims entering the United States until our country’s representatives can figure out what is going on,” he cited a poll commissioned by the CSP. The poll has been criticised for its lack of transparency and flawed methodology. This self-selected survey of just 600 Muslims has often been promoted as proof of an abstract conspiracy to impose or promote Sharia law, by Gaffney and others. But Gaffney’s own poll contradicts his Sharia conspiracy theories. Question 8 asks: “If shariah conflicts with the U.S. Constitution and the Bill of Rights, which law should be considered supreme?” But a higher proportion Muslims upheld the supremacy of the Constitution and the Bill of Rights (43 per cent) over abstract notions of Sharia (33 per cent).  A further counterpoint is from the Pew Research Center. In 2011, their data found that 56 per cent of Muslims wanted to adopt American ways of life and customs.

Despite his proximity to influential right-wing circles, Gaffney is perhaps infamous for his anti-Muslim conspiracy theories. In 2009, he claimed that there was ‘mounting evidence’ to prove that President Obama is a Muslim. A year later, he wrote that a logo for a Pentagon missile defence agency reflects “a morphing of the Islamic crescent and star with the Obama campaign logo.” In that same year, Gaffney gave evidence in a legal dispute about a proposed mosque in Murfreesboro, Tennessee. Gaffney acknowledged that he was no expert on Sharia law, but testified that Sharia and by extension the new mosque, would pose a threat to America.

Gaffney would later attempt to implicate Huma Abedin, a long-time aide to Hillary Clinton, in his Muslim Brotherhood conspiracy theory in 2012.

Under the direction of Steve Bannon, Breitbart has continued to give Gaffney a voice. This is also true of anti-Muslim extremists like Pamela Geller.

For example, Bannon’s radio show invited Gaffney to promote an event during an extended interview at the Conservative Political Action Conference in early 2015. Billed as the “South Carolina Security Action Summit,” this event on March 14, 2015, included speeches from Senators Rick Santorum, Ted Cruz, and Bobby Jindal (via Skype). During the presidential campaign, Gaffney served, for a time, as a foreign policy adviser to Ted Cruz. Other prominent speakers included John Bolton, who served as UN Ambassador under the presidency of George W. Bush. Speculation persists that Trump may appoint Bolton as Secretary of State.

Breitbart had co-sponsored Gaffney’s event. So, you can understand why Bannon was so keen to promote it. Bannon then praised Gaffney as: “One of the great defence thinkers around and leader in the fight against global jihad and civilisational jihad”.

On May 25, 2016, Bannon introduced “Brother Gaffney” to listeners. During this show, he told Gaffney: “You guys do such an amazing job at the Center for Security Policy and securefreedom dot org”.

You may have sensed by now that both men share a friendship of sorts. On April 27, 2016, Bannon mentioned on his radio show that he’s known Frank Gaffney for ‘many years’. While he acknowledged their ‘ups and downs,’ he likened it, in a manner of speaking, to a marriage, or a ‘marriage to an ex-wife of his’.

A month later on Bannon’s show, Gaffney said: “The President has exhibited, if not sympathy for the terrorists, certainly for the Islamic supremacists”. His evidence?  None. Gaffney simply invites listeners to visit his websites to learn more. Of course, Bannon is not there to challenge this claim. Rather he continues and encourages a discussion on alleged ‘Islamic supremacism’. Bannon heaped further praise on Gaffney for: “Doing amazing work. Doing God’s work, sir. Just fantastic”.

On June 29, 2016, In a discussion around recent terror attacks in Orlando and Turkey, Bannon sardonically referred to Islam as “the religion of peace”. After Gaffney had compared Islam to “Communism with a god”. Bannon posed the question: “Do we have a fifth column operating in this country? In the government? In the media?” Before Gaffney answers, Bannon name dropped the work of Robert Spencer and Pamela Geller. He then repeated the question to Gaffney who replied: “This fifth column has, in fact, enabled the Muslim Brotherhood specifically, other Islamic supremacists, to obscure what they’re doing, and to inexorably take us down”.

It’s concerning however, that Steve Bannon has demonstrated an affinity, or perhaps kinship with the most infamous anti-Muslim voices in the United States, given his new role as Trump’s chief strategist.