How Could Bob Blackman MP Host an Anti-Muslim Extremist in Parliament? 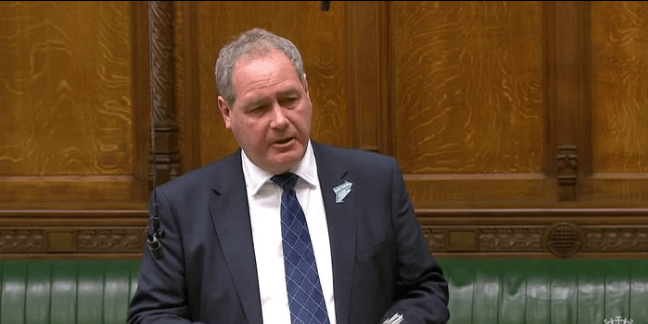 Serious questions have to be asked! In today’s world, due diligence around people, organisations and what they have previously said, are the norm, to ensure that extremists have no platform or legitimisation in the eyes of the public. Yet, on October 18th in Committee Room 12, Bob Blackman hosted Tapan Ghosh, a well-known anti-Muslim extremist in the mother of democratic structures.

How Bob Blackman hosted and thereby validated Mr Ghosh, is yet to be looked into, though what makes matters even more unpalatable, is that Blackman is a member of the Department of Communities and Local Government (DCLG) committee. One of the functions of DCLG is to ensure the integration of communities and to ensure that British values of tolerance are protected, maintained and built upon. How Blackman, who sits on this Committee, could not be aware of Ghosh’s anti-Muslim hatred, is deeply concerning. For example, Ghosh has spoken about controlling the birth rate of Muslims, praised the genocide of the Rohingya Muslims in Myanmar and even suggested that Muslims should be forced to leave their religion if they come to a western country. Simply put, would the latter view then apply to other faiths or just to Muslims? It is pretty clear that Mr Ghosh was the ‘intolerant’ in an event called, ‘Tolerating the Intolerant’.

Mr Ghosh’s militancy based on his skewed views of Muslims also extended to the creation of a ‘Hindu Defence Force’ which he allegedly set up in response to ‘Muslim violence’. In a Twitter post that the Times reported on, Ghosh even stated that,

“Backwardness is the most powerful ‘weapon’ of Islam. Rohingyas are glaring example.”

This is who Bob Blackman MP hosted and in doing so,  legitimised.

What Do We Call For?

We are calling for the following:

We leave you with this thought. Just imagine if an Islamist extremist had been hosted in Parliament by an MP. Today’s newspapers would, rightly, splash the story all over their front pages. Exactly how is this different?