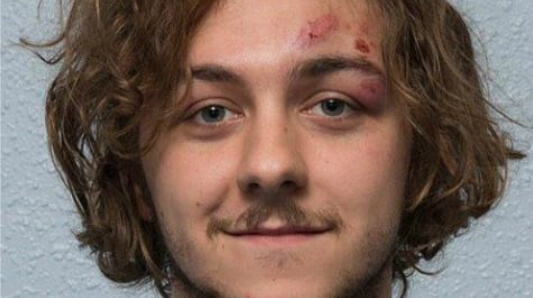 A university student has been found guilty of placing a homemade bomb filled with ball bearings on the London Underground last October.

It took the jury just two hours to convict 20-year-old Damon Smith, rejecting his claim that it was intended as a Halloween prank. He had already pleaded guilty to the charge of perpetrating a bomb hoax but declined to give evidence.

He was found guilty of unlawfully and maliciously making or having in his possession or under his control an explosive substance with intent by means thereof to endanger life or cause serious injury, contrary to section 3(1)(b) Explosive Substances Act 1883.

The student has autistic spectrum disorder, which may help explain his fascination with weapons, bombs, and guns. When officers searched his home, they found a blank firing pistol, a BB gun, a knife, and knuckleduster. Mr. Smith had uploaded videos of himself with the knife and pistol to YouTube.

At the age of 10, Smith had researched how to make explosives. Aged 14, a friend introduced him to the banned Anarchist Cookbook. Mr. Smith claimed to have made his first replica pipe bomb soon after. In conversations with his psychiatrist, he declared that explosives were an escape from ‘boredom’.

Having professed an interest in Islam, his mother purchased copy of the Qur’an for him as a Christmas gift during his GCSEs, according to an interview with her in the Telegraph. He only made one visit to a mosque, however, while on holiday in Turkey, according to the Guardian.

Police found photographs of murdered aid worker Alan Henning and the ringleader of the 2015 Paris attacks on one of his computers, but nothing to show any links to extremist groups. One laptop recovered contained a photo of Mr. Smith holding a gun, and was labelled “2016 an Islamic State fighter”.

According to friends, Mr. Smith played online poker to finance his collection of replica weapons.

Police officers discovered several shredded documents when searching his home. A forensic scientist found that the pages were from the al-Qaeda magazine Inspire, titled “Make a bomb in the kitchen of your mom”. His iPad held a shopping list for “pressure cooker bomb materials” – created on September 2, 2016. Components to make an IED were recovered from the property.

He built the device from the printed instructions, adding shrapnel and a £2 clock from Tesco. Richard Carey-Hughes QC, acting for the defence, argued that Mr. Smith had deviated from the instructions to make his device less potent, in the hope that its authenticity would make it headline news.

An explosives expert told the jury that minor changes to the device may have made the ignition work. The prosecution argued that the use of ball bearings as shrapnel had the potential to cause injury or death.

Mr. Smith had entered Surrey Quays station at 10:30 am on October 26, 2016, within 19 minutes and several changes later, he left the IED in a rucksack at London Bridge Underground Station. A passenger had alerted the driver to the abandoned rucksack, unaware of its true contents. By 11:00 am, North Greenwich Underground Station had been evacuated, the device was intended to go off at 11:02 am.

A day later, Mr. Smith was arrested under the Terrorism Act. The Met did not charge him under the act as little evidence pointed to a political, religious or ideological motive. This should not underscore how seriously authorities have taken the matter.

Sue Hemming, Head of CPS Special Crime and Counter Terrorism Division, said: “Damon Smith’s actions were incredibly dangerous and the consequences had the device worked do not bear thinking about. Although he claimed this was a prank, the bomb he left on the train was clearly designed to cause horrific injuries.”

Commander Dean Haydon, the head of the Met’s Counter Terrorism Command, said: “It is hard to believe that leaving what has been described as an improvised explosive device on a tube train, on a weekday morning, can be construed as anything but an attempt to endanger life. It is fortunate that the device failed to work and that no one was injured.

“At a time when the threat level remains at severe, I find it unlikely that anyone would consider his defence as an appropriate excuse for his actions.”

Mr. Smith’s online activities are well documented, what is more disturbing, however, is what emerged after the guilty verdict.

A former friend, who he is said to have obsessed over while living in Devon, had been victimised by Mr. Smith online, according to the Sun. The story outlines how he hacked her Facebook to upload an intimate photo of her in her underwear, hacking her phone to message her mother. In a separate message to her, he referred to Syrians as ‘rape-u-guees’ intent on ‘killing everyone’.

This concerning attitude towards women and interest in weapons draws some parallels to Zack Davies, the neo-Nazi, who is serving a life sentence for the attempted murder of a Sikh dentist on January 14, 2015. Mr. Davies had posted stolen images of women on Chan boards and Reddit in 2013 under the username ‘Rockerz88’. He was known to carry a knife to school at the age of 11 or 12. On a popular networking website for pen pals, Davies had uploaded a photo of himself posing with two swords in 2011. Captioning the image, “I’m a fully trained ninja. True story.” He would later re-use this image in a YouTube video made in response to his ban from the short-lived Iranica-Chan site. His withdrawl into the online world and immersion in meme culture resulted in ‘about 50’ different Facebook accounts. He admired ISIS for its capacity for violence, mirroring the National Action propaganda of ‘White Jihad’.

Such patterns of behaviour have been discussed in the context of Donald Trump’s electoral success.

The mother of Damon Smith, Antonitza Smith, however, blamed YouTube for influencing her son, calling for its ban, in an interview with the Telegraph. Adding that the bullying her son received saw him withdraw into the online world.

Google and other social media companies have come in for fresh criticism regarding how they handle extremist and terrorist materials on their respective platforms.

Sentencing was deferred until May 26 at the earliest.