How did a fostering row in Tower Hamlets become about religion? 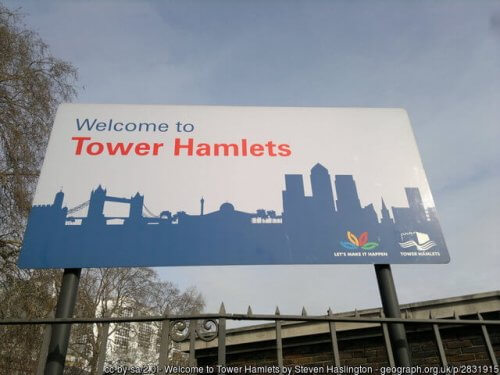 The welfare of a child at the heart of a religious fostering row in the east London borough of Tower Hamlets was not at risk, following a ruling from a family court judge.

The five-year-old girl, described by her mother as Christian, is now in the care of her maternal grandmother, at the request of her mother, and the local authority.

This interim care order came about thanks to the evidence presented in family court, and not influenced by media reporting.

The judge, Khatun Sapnara, disclosed that an assessment of the maternal grandparents revealed their non-practicing Muslim background.

The timetable of proceedings has changed to reflect the complexities of the case, which includes ‘criminal and family law proceedings’ and an international dimension.

Tower Hamlets Council took the child into care in March after police exercised their powers of protection. There was, however, no ‘culturally matched’ placement available at the time.

The mother continued to have regular supervised visits with her daughter, which extended to telephone calls and calls to her grandmother.

On June 27, 2017, the court ordered the local authority to address the mother’s concerns, which they continue to dispute.

Confidential reports seen by The Times newspaper alleged that the child had a necklace with a cross removed and was not allowed to eat carbonara as it contained bacon. Concerns raised by a social services supervisor that the child complained about a lack of spoken English in one foster carer’s home. The local authority disputes this claim.

The court has directed Tower Hamlets Council to address fresh allegations from the mother by 4 pm on September 8.

The mother will voluntarily submit hair and liver samples to test for cocaine and alcohol. Any criminal proceedings against the mother, including sentence and pre-sentence reports, must be filed with the court by the same date.

Tower Hamlet’s Council will translate the mother’s final statement into the native tongue of the grandmother. It is understood the child also speaks this language but did not understand the Arabic spoken, according to an article in the Times.

The Times has made serious allegations that the local authority had attempted to block the story, including preventing court access for their journalists, which was lifted by Judge Sapnara.

A damning Ofsted report last July had rated child services in Tower Hamlets as inadequate. The council said it was taking steps to address the concerns raised.

There are strict rules around fostering, and the BBC spoke to Esmat Jeraj and her family’s long record of fostering children.

Far-right groups in the UK, including the British National Party, English Defence League, and Britain First seized on the initial coverage.

Others raised concerns about MailOnline journalists editing a stock photo of a Muslim family to include a face veil. The photo was then re-edited to remove the veil, and pixelating her face.

The print edition of the Metro had published the edited face veil photo.

The Sun’s editorial bellowed that the decision ‘beggars belief’ on August 29, its front page for that day made passing reference to the story.

A day earlier, MPs were urged to call for a public inquiry, which became the Daily Mail’s front page lead the next day, which referenced the child’s faith. Katie Hopkins had tweeted this front page, posing the question: “Which individual at Tower Hamlets was responsible for the abuse of this little girl?”

The Daily Mail’s front page on August 30 gave further coverage to the story.

Every front page from the Times between August 28 and August 31 referenced the foster case, including two front page leads, per social media posts. Every headline referenced Muslims or Muslims, with two headlines, made contrasting reference to the child’s faith.

Other media outlets including the Independent, Metro, and Mirror referenced the faith of the parties involved and the child’s ethnicity.

The newspaper regulator Ipso has received complaints about the Times and Mail’s coverage of the story.

The next hearing for this foster case is on October 2.