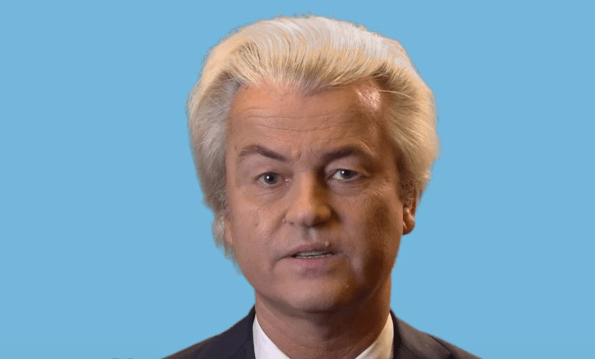 A Dutch court has convicted far-right populist Geert Wilders of insulting a group and inciting discrimination. The charges relate to comments made in March 2014 following the local electoral failure of his Freedom party (PVV) in the Hague.

Wilders asked supporters and party activists if they would favour a country with more or fewer Moroccans. When the crowds indicated the latter, he replied: “Well, we’ll take care of that.”

When the trial began in October 2016, Wilders was absent, having declared a boycott. His comments on the trial, however, became their own spectacle on Twitter. On October 31, 2016, Wilders tweeted: “NL has huge problem with Moroccans. To be silent about it is cowardly. 43% of Dutch want fewer Moroccans.” He concluded his tweet in a defiant tone of: “No verdict will change that.”

Before the trial concluded, Wilders tweeted: “Whatever the verdict, I will continue to speak the truth about the Moroccan problem, and no judge, politician or terrorist will stop me”.

His attempts at deflecting criticism have redefined the debate, morphing into a discussion on the limits of free speech, and not on the act of hate speech itself. It also serves to feed a secondary narrative of conspiracy – where ‘liberal and multicultural elites’ are ‘exposed’ as being ‘out of touch’ with ordinary people due to their legal pursuit of Wilders.

Wilders, to his supporters, is further lionized as a politician who speaks without fear of causing offence when the topics concern Islam or other minority communities.

This latest trial serves to reassure his supporters or sympathetic members of the public that he shares their concerns and anxieties. With an election in March 2017, Wilders is emboldening and energizing his party base.

In a YouTube reaction video, Wilders made clear that the judges had “restricted the freedom of speech for millions of Dutch and hence, convicted everyone”.

MY REACTION TO THE VERDICThttps://t.co/fnpoe9pHqd

The language is subtle and direct. Wilders, by extension of his populism, was not speaking as an individual, but tapping into popular anxieties. Therefore, the judges are not to be trusted. This illiberal position allows Wilders to invert criticism of his conviction and position himself as a ‘champion’ of liberty and truth.

Wilders continues to deflect the realities of his conviction, arguing that Moroccans are not a race, and therefore, any individual criticising Moroccans are ‘not racist’. He adds a political warning to the ‘multicultural elites’ about the rising support for his party. Wilders, of course, alludes to the opinion polls suggesting that up to 3 million Dutch voters could back the PVV at the next election. This support could translate into 35 parliamentary seats.

The platitude “the Dutch want their country back” speaks to the essence of Ernesto Laclau’s definition of populism. A politics that appeals to the people in direct opposition to the establishment. And by design, is naturally exclusionary. As the rhetoric of ‘the people’ essentialises certain communities at the expense and exclusion of ‘unpopular’ elements. This includes liberal and multicultural elites alongside ethnic and religious minorities.

For Laclau, this politics divides society along binary lines. Adding that: “a frontier of exclusion divides society into two camps. The ‘people’, in that case, is something less than the totality of the members of the community: it is a partial component which nevertheless aspires to be conceived as the only legitimate totality.”

During the trial, Dutch-Moroccans testified that comments made them feel like “third-rate citizens”.

The public prosecution had requested an unconditional €5,000 fine. Presiding Judge Hendrik Steenhuis, however, opted not to impose a sentence on Wilders, as the conviction was ‘punishment enough’ for an elected politician.

In 2011, Wilders was famously acquitted after comparing Islam to Nazism and stressing the need for a ban on the Qur’an. It became a platform for his toxic brand of populism. The same is true of his 2016 trial. Regardless of outcome, Wilders continues to frame these debates, shifting mainstream politics to the right. Thus, language which was once deemed unacceptable now loses its stigma. And the rhetorical extremes of these groups grow louder as new scandals emerge.