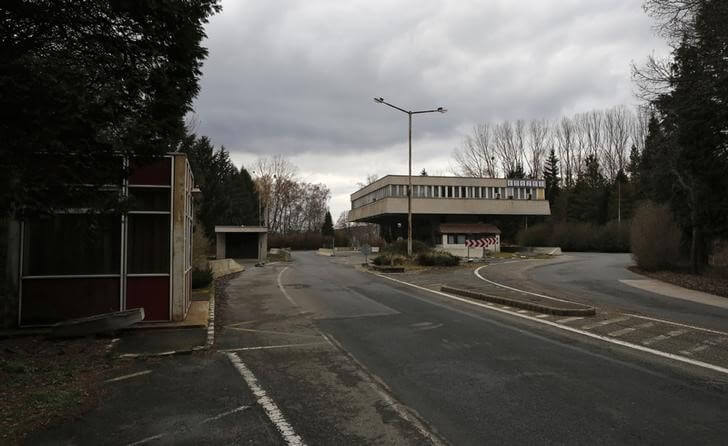 A Hungarian member of the European Parliament has sparred with a human rights campaigner and caused an outcry on Twitter after writing that pigs’ heads along the border fence erected by Hungary to keep out migrants would make an effective deterrent.

Under conservative Prime Minister Viktor Orban, Hungary has taken one of the toughest stances among fellow European Union members against the recent mass influx of migrants and refugees to the bloc, a crisis that has divided the EU.

Last year Hungary erected a razor wire topped fence along its southern border to stop migrants, patrolled by thousands of extra troops. On Oct. 2, the country will hold a referendum on whether they agree with the EU’s policy of mandatory settlement of migrants without consent of parliament.

The MEP behind the comments was Gyorgy Schopflin, a former BBC employee and London-based professor, who has been an MEP for Orban’s conservative Fidesz party since 2004.

These images had earlier appeared on a Facebook page that supports Hungary’s border troops, with the caption: “Instead of scarecrows, these are ‘scarepeople’ made from sugar beet. Seems to work, nobody cut through the fence here in four weeks.”

Stroehlein objected to the images, writing: “Refugees are fleeing war and torture, Hungary. Your root vegetable heads will not deter them.”

On Saturday, Schopflin replied to Stroehlein.

“Might do so. Human images are haram,” he said, referring to forbidden acts under Islam. “But agree, pig’s head would deter more effectively.”

“An MEP spouting such xenophobic filth… You are an embarrassment to Hungary, to Europe and to humanity,” he said.

In a subsequent torrent of comments from followers of either men, Schopflin was mostly derided for his remark. He occasionally defended by people who opposed immigration but said he never made any proposal to put up pigs’ heads, telling Reuters his comment had been “a thought experiment.”

He said he planned no apology. “It’s anthropologically intriguing how sensitive the topos is.”