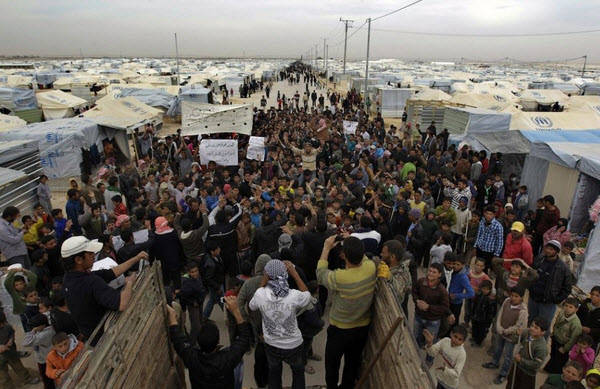 Hungarian Prime Minister, Viktor Orban, has reportedly said that his country does not want to take in large number of Muslims, as Syrian refugees pass through the country and mainly onto Germany.

Speaking to journalists outside EU headquarters in Brussels, he is reported to have said, “I think we have a right to decide that we do not want a large number of Muslim people in our country.”

He also seemed to infer and bring up the country’s 150-year history of being under Ottoman rule, during the 16th and 17th centuries.

Many Syrian refugees have said that Hungary has failed to cater for their most basic of needs and many have ended up under bush shelters and being vulnerable to being exploited.

The comments by the Prime Minister of Hungary will no doubt spark a backlash with Labour leader contender Yvette Cooper tweeting out the following:

We hope that all Labour leader contenders will no doubt follow the lead of Yvette Cooper and make a firm statement against such comments.