‘I am not a racist’, Tommy Robinson tells libel trial 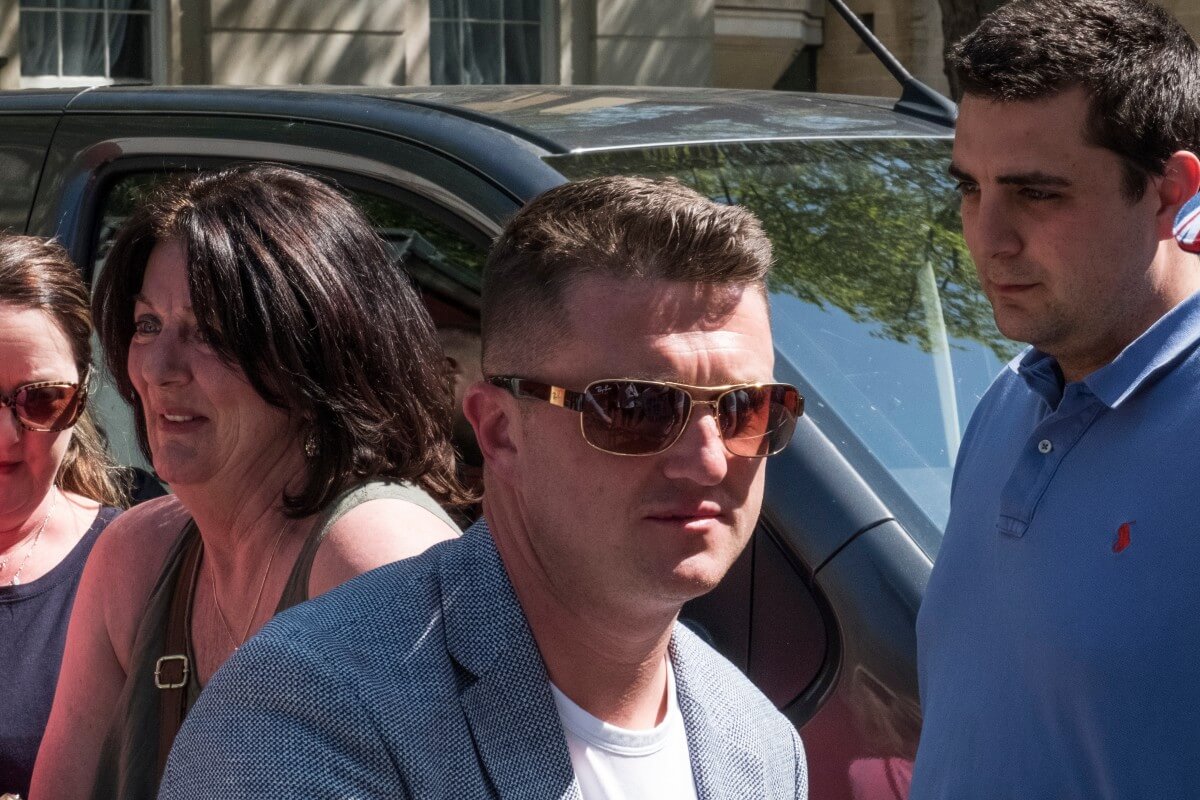 Stephen Yaxley-Lennon (aka Tommy Robinson) has told the High Court he is “not racist” as a libel claim brought against him by a Syrian teenager who was filmed being assaulted continues.

The English Defence League founder – whose real name is Stephen Yaxley-Lennon – is being sued by schoolboy Jamal Hijazi, 17, who was filmed being attacked at his Huddersfield school in October 2018.

Shortly after the video went viral, Robinson claimed in two Facebook videos that Jamal was “not innocent and he violently attacks young English girls in his school”.

Robinson, who is representing himself at the trial, is defending his comments on the basis they are substantially true.

In his written arguments, Robinson claimed to have “uncovered dozens of accounts of aggressive, abusive and deceitful behaviour” by Jamal.

He said that with people donating nearly £160,000 to a GoFundMe page set up for the claimant, he believed it was important for people to be given a “balanced view”.

Starting his case on Thursday, Robinson told the High Court that Jamal’s lawyers had mischaracterised him and the EDL.

Robinson said: “Their opening statement, which was a blatant attack on my character, is boringly predictable.”

The 38-year-old told the court the EDL had been classed as a centrist group and he had worked with an anti-extremism group for five years.

“For what it’s worth, I am not racist, and I am certainly not anti-Muslim,” he said.

Robinson later said the media had been in a “frenzy” over the incident with Jamal and had not reported “the other side”.

He added: “I only reported what I was told. That is all I’m doing here in this court, looking for the truth.”

In the Facebook videos, viewed by nearly a million people, Robinson made claims including that Jamal “beat a girl black and blue”, which the teenager denies.

On Thursday, the High Court heard evidence from Bailey McLaren, the boy shown pushing Jamal to the ground and pouring water over him in the widely shared video.

Mr McLaren, who is now 18 and was a student at Almondbury Community School with Jamal, told the court he had been in trouble at school but was not a bully.

Robinson asked: “Looking at your school record, were you a bully?”

The teenager replied: “No. I can’t stand bullying – from a young age I was affected by it. The mainstream media painted it out that I was a bully.”

“Are you a racist?” Robinson asked.

Mr McLaren replied: “Not at all. The incident with Jamal had nothing to do with race.”

In his witness statement, Mr McLaren claimed Jamal was “a strange boy”.

He wrote: “Pupils and staff alike were fully aware that Jamal had a real problem with girls and even with female staff and that he was abusive towards them. You would hear from time to time that Jamal was bullying young girls and stuff.”

On the day of the incident in October 2018, Mr McLaren told the court there had been a confrontation between him and Jamal, adding: “He told me to ‘f*** off, you white bastard’.”

Mr McLaren also said he was told by another student that Jamal had threatened to stab him, which is denied.

On Wednesday, Jamal’s barrister Catrin Evans QC described Robinson’s defence as “a cobbled-together mix of generalised smears of Jamal’s character”, saying “there is simply no merit to the defendant’s defence of truth”.

In cross-examination on Thursday afternoon, Ms Evans said Mr McLaren was “regularly in trouble” for serious bullying including intimidation and physical assaults.

Mr McLaren replied: “I’m not trying to claim I’m an angel, I had incidents in school.

“I do agree that I’m quite hot-headed, but I’ve changed.”

The court heard he was permanently excluded and accepted a police caution for assaulting Jamal after the videoed incident.

Ms Evans suggested Mr McLaren was part of a gang of students who often targeted Jamal.

She said: “Jamal was one of your regular victims of bullying and you were the ringleader of the group that bullied him.”

Mr McLaren replied: “I think if anyone was the bully, it was Jamal.”