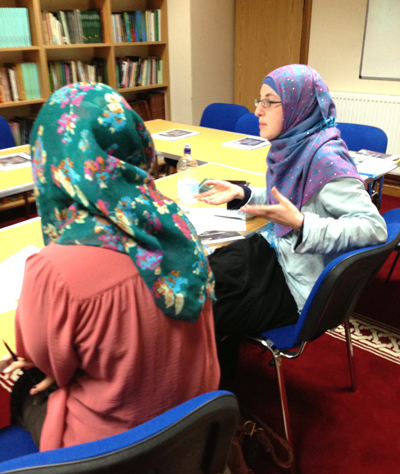 Anti-Muslim bigotry, it seems, comes in various shapes and guises. From the abuse on the street, through to the attack on a mosque or individual, there are multiple impacts. Yet, we should also ensure that we reflect on anti-Muslim bigotry within the workplace and how power relations can be used to further victimis those who are targeted for this form of bigotry.

A Muslim woman contacted us a few days ago to complain about the way that she was treated at work. This is her experience of suffering abuse and rejection. We have also advised her to seek legal redress on what seems to be, discrimination in employment.

“A six-foot male at my workplace attempted to attack me due to wearing a Hijab. He came at me in full force less than a day after declaring his dislike of me wearing the Hijab at least twice. I stated that I would not remove my Hijab and he ran towards me. Three men pulled him away from me as he shouted and screamed at me, so Alhamdulillah he was not able to remove my Hijab.

This attack was witnessed by all my colleagues who have been supportive but the male is in a relationship with the senior manager-third in the hierarchy of the managers – so they took no action. On 18/09/15 they sacked me. It’s a huge injustice and I feel so upset I cannot explain. I feel like I am losing faith in humanity with the non-action of the employers and they have promoted the racism by sacking me. All the Muslim and non-Muslim colleagues have been supportive and are also in shock at what this man did. But the management has taken no action against him. This man is clearly strong on his own religious beliefs as shown by a big cross he has on his desk and all sorts of books on Jesus and Christianity all over his work desk, but has an intolerance for Islam and a few days ago stated he dislikes Muslims.