“It was one of the worst days of my life,” Muslim man assaulted, robbed along Leeds and Liverpool Canal 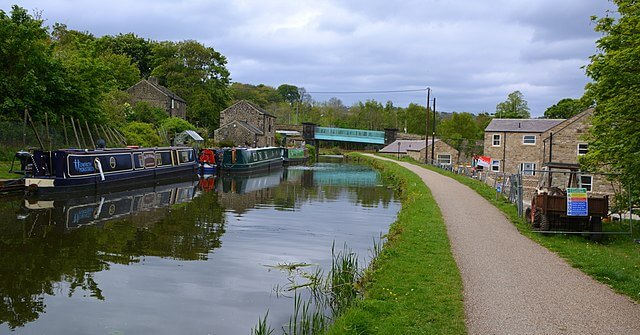 “It was one of the worst days of my life.”

For one Muslim man, the pain and indignity of such a viciously violent attack on the Liverpool-Leeds canal, he thought he had died – unable to think with clarity and unable to move, described to our Casework Team the feeling of ‘burning up inside’ as if he entered hell itself. Then, after reciting Āyat al–Kursī, a profoundly revered Quranic verse, did he find comfort in the cooling evening breeze and found himself able to move again.

Despite the severe dizziness after the assault, he found his shoes, as some clothing and his wallet were missing.

He witnessed the perpetrator flee the scene in his vehicle as he urged a female member of the public to call the police as an ambulance soon arrived to treat him.

Wishing to remain anonymous, the Muslim man, who is South Asian, described the man who assaulted him as a white male in their mid-to-late twenties.

The ongoing police investigation has so far been unable to trace his stolen car or wallet – the loss compounded by the news of the use of their card in two transactions – that included the purchase of alcohol.

In the weeks after the assault on September 12, they described how their facial injuries were healing, described the sense of confusion and dizziness resulting from the strangulation they suffered, including ongoing neck pain issues, the level of violence resulted in bloodshot eyes. Eating food remains a challenge as their recovery remains ongoing.

We continue to provide support as the police investigation remains ongoing.