‘It’s made in Vietnam!’ At inauguration, origin of red Trump hats shocked many 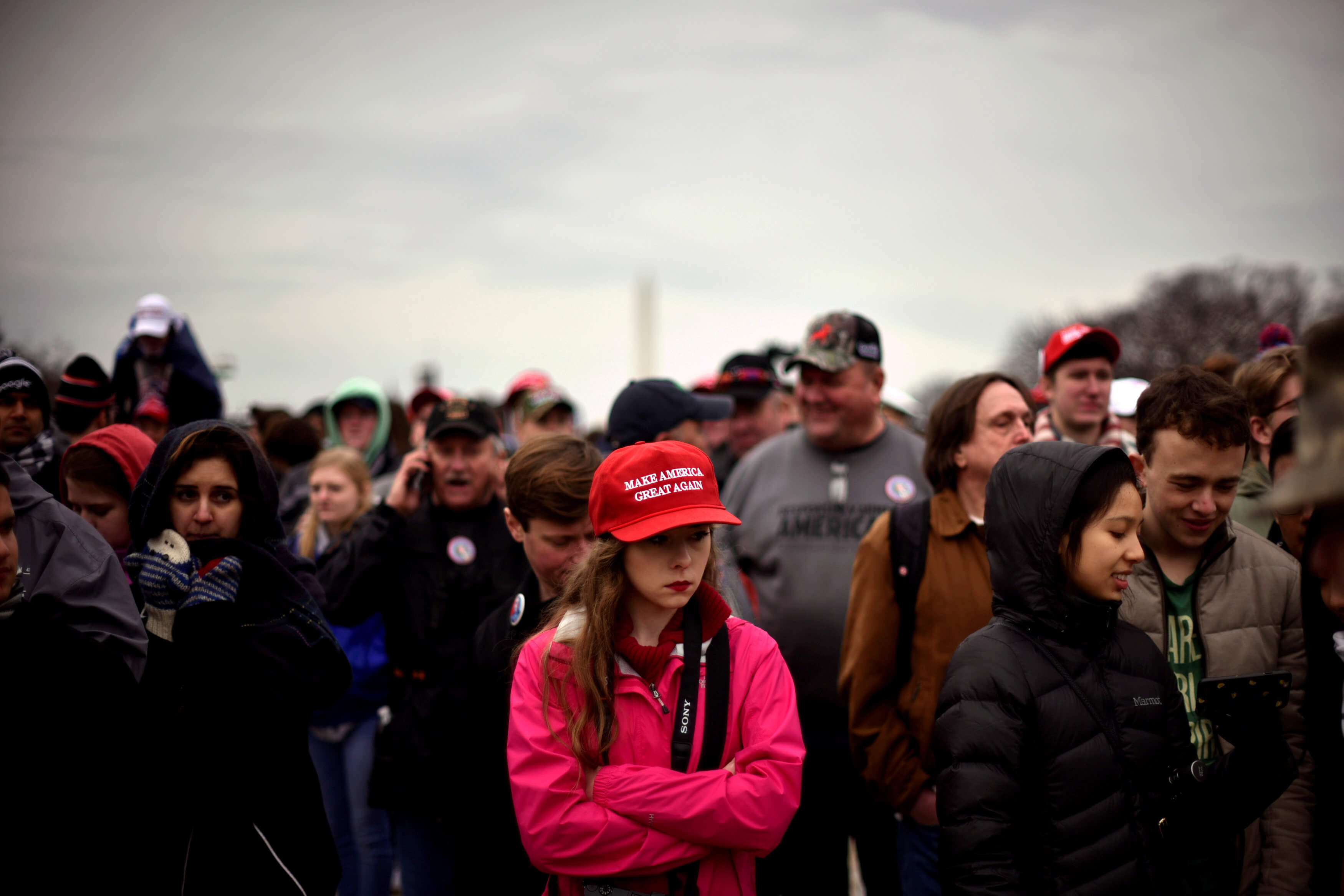 One of the biggest cheers President Donald Trump received from supporters watching his inaugural address was his call to “buy American and hire American.”

It was a moment rich in irony.

Many of those supporters were sporting Trump’s trademark red “Make America Great Again” baseball caps that were made in China, Vietnam and Bangladesh.

Some were horrified when they discovered their Trump hats were foreign made.

Rob Walker, 44, who had driven to Washington from Georgia with his wife Abby, 36, had stopped at a truck stop on the way to buy a “Make America Great Again” cap.

“Oh God, I hope it’s not made in China,” Abby said, flipping the cap over to check. She looked at its label. “China! Don’t tell anyone!”

The Trump hats available for purchase on Trump’s official campaign website are made in the United States and cost between $25 and $30, according to the label inside those caps.

But they were also more expensive than the $20 versions sold by street vendors in Washington.

Joshua Rojas, 25 and Alyssa Young, 28, had traveled from Texas to watch the inauguration. Young was wearing a pink “Make America Great Again” hat.

“I loved it as soon as I saw it. I bought it right over there from one of the vendors for $20,” she said.

So was it made in America?

Austin Araco, 22, from Arkansas, was attending his first inauguration and wearing a Trump hat.

“I bought this hat the day he won the election,” said Araco. “From his website, of course. I wanted to make sure I supported his fund. I don’t want to buy a knock-off. I bought the hat for $30, shipping included.”

Victoria Scott, 13 and her brother Andrew Scott, 12, each bought a “Make America Great Again” hat before the inauguration. Victoria’s hat cost $25 – and was made in China.

She did not seem to mind.

Andrew then checked his hat. “Banglakesh?” he said after checking the tag. His father corrected him. “You mean Bangladesh.”

Robert Morrison from Queens, New York, was carrying his “Make America Great Again” hat – bought from a street vendor for $20 – and wearing a New York Yankees cap. Both were made in China.

In his speech, Trump struck a fiery, protectionist tone.

“From this moment on, it’s going to be America First,” he said. “We will follow two simple rules: Buy American and hire American.”