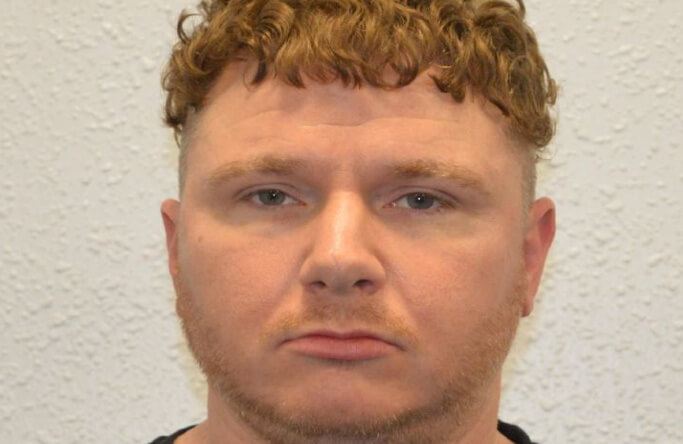 Forty-year-old Anthony Barraclough, of east London, called for terrorist violence towards Black and other minority ethnic groups on a messaging app where they posted videos of Black communities experiencing racism and material about George Floyd, murdered whilst in police custody in Minneapolis.

Counter-terror officers became aware of Barraclough’s racist calls for terror and violence, and upon an internal investigation by the Counter-Terrorism Internet Referral Unit (CTIRU), officers deemed that material had breached existing terrorism legislation.

Officers from the Met Police arrested Barraclough on February 25, 2021, and a search of their property unearthed neo-Nazi paraphernalia – specified in the news release as a Celtic Cross flag.

They appeared at Kingston Crown Court on May 6 after being charged in October last year.

Anthony Barraclough pleaded guilty to three counts of distributing a terrorist publication – in breach of Section 2(1) of the Terrorism Act 2006, six counts of publishing written materials designed to incite racist hate – contrary to Section 19(1) of the Public Order Act 1986 with one further charge under the same act concerning the admission of distributing a recording to incite racist hate.

He returned to Kingston Crown Court and received a six-year prison sentence on June 10.

Detective Chief Superintendent Dominic Murphy of the Met’s Counter Terrorism Command said in a statement: “Barraclough posted appalling racist material online, with the intention of encouraging others to adopt his extremist views and hatred of black people.

“This kind of online activity is poisonous and dangerous – it is not harmless idle talk, and it often has serious real-world consequences.

“Officers acted quickly to identify the offending content, and investigate and arrest the person posting it.”